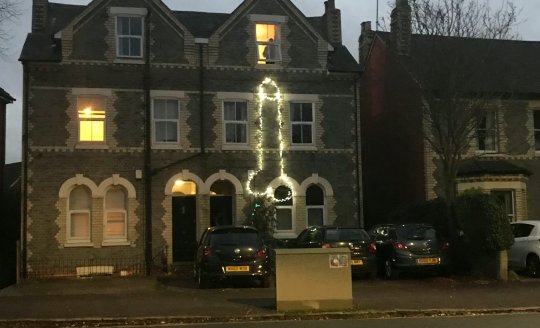 Christmas decorations always seem to be too overindulgent and not that original – especially when people erect a light show outside their house – but one guy seems to have managed to provide the antithesis of Christmas by sticking a light up penis on his house for this year.

The unusual Christmas decoration has been found in Reading near the University where it’s been described as deeply offensive by residents. 53 year old Stephen Bailey-Todd said the following about it: 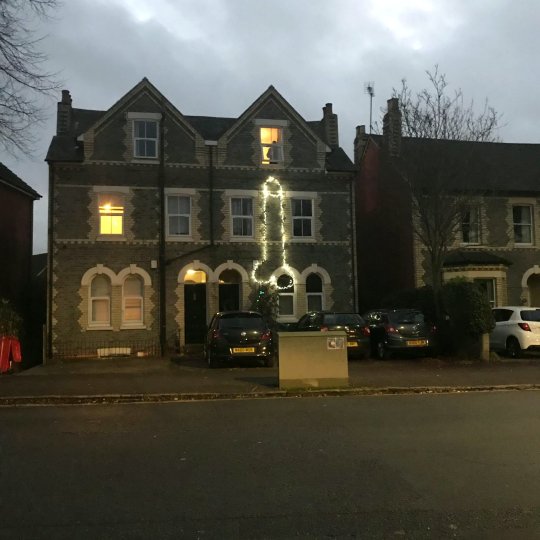 The lights were flashing and it is so in your face, you cannot help staring at it. I was in complete disbelief.

I know young people like to have fun but it’s deeply offensive and shows a lack of respect.

I mean maybe he’s right but if he feels that way then he’s probably better off going and talking to the people who own the house rather than spouting to a newspaper about it. Just saying.

It’s believed that a bunch of students live at the house – obviously – and that they thought this would be a massive joke like students tend to do. To be fair it is pretty funny so maybe Stephen Bailey-Todd should just lighten up a bit. It’ll be over in the new year and is just a bit of fun. Chill out.

For more penises, check out the five most common penis injuries suffered by men. Ouch.