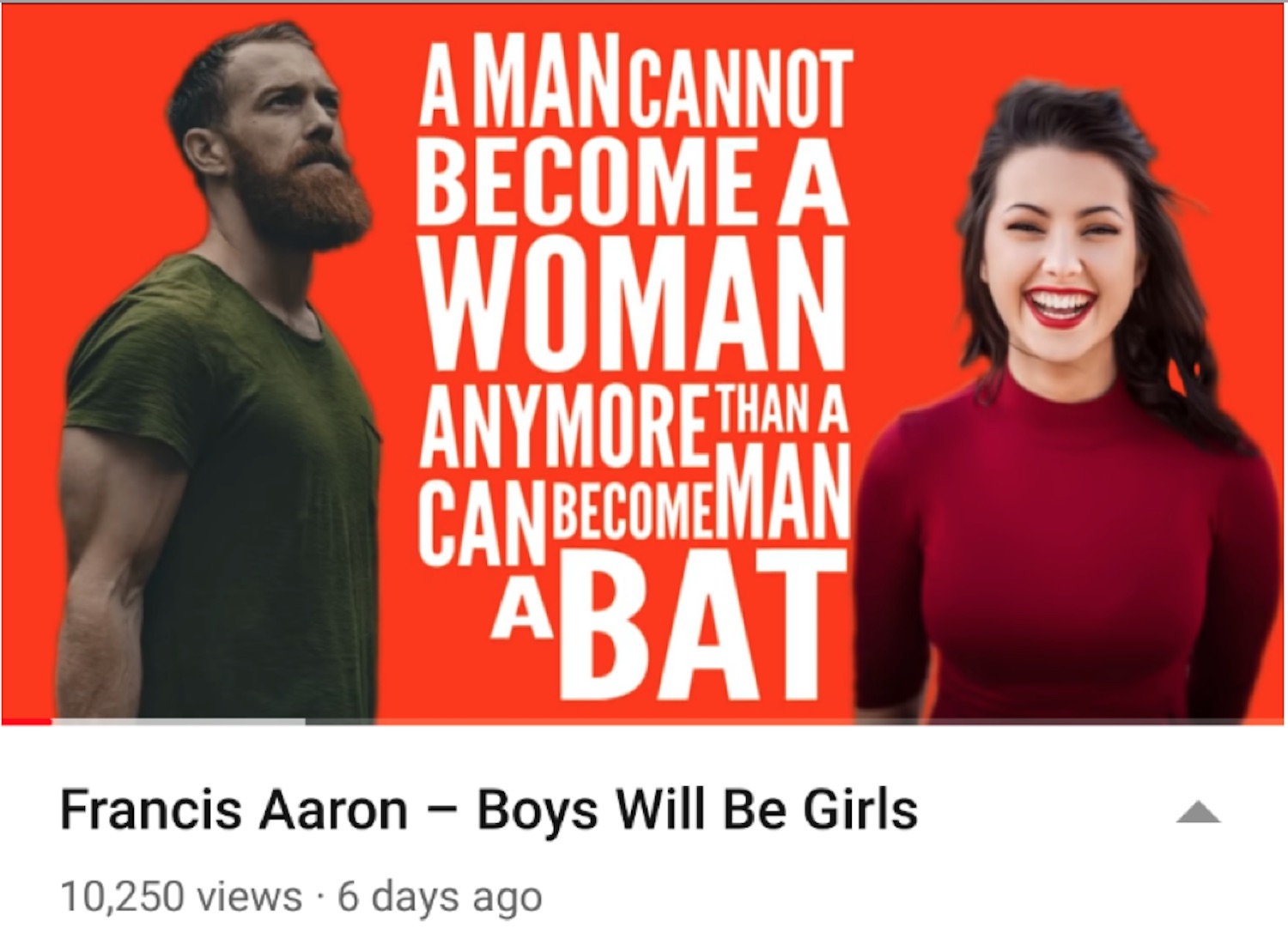 There’s been a lot of talk recently about transgender issues thanks to J.K. Rowling deciding that she pretty much the whole concept of transgenderism and she’s worried that a trans woman might assault a regular woman in the bathroom if they’re allowed into them, and no doubt that has been an inspiration for the absolutely awful eight minute rap song that you can hear below.

The track is made my some guy called Francis Aaron, who judging by his Twitter bio seems like he’s out to start trouble and shove his opinions down your throat. ‘Individualist. Opponent of: woke drivel, social constructivist codswallop, anti-scientific nonsense, postmodern hogwash, and all other crackpot moral fashions’. Sounds like a really fun guy.

Anyway, Aaron has spent the last few weeks working on this rap song where he talks about how people can’t turn into bats for half of it and then uses that to explain why men can’t ‘turn into women’. It’s a really bad analogy and the song is even worse:

Ugh I hope you turned that off halfway through as well. My main problem with it is that he introduces it by saying that ‘This is a rap song about transgenderism and how a man cannot become a woman anymore than a man can become a bat. The point: individuals are free to live their lives however they so desire – but biology cannot be overthrown’ and if he really meant that then why has he come out with an eight minute rap song disputing the point?

Just let transgender people live their lives FFS – there’s no doubt in my mind that they’re already having a pretty tough time of it and the last thing they need is some stupid idiot releasing a rap song about how they don’t really exist. I always wonder why people like Francis Aaron need to put the effort into doing something like this because the whole transgender scene and the issues surrounding it aren’t affecting him at all.

Imagine if he used that time to come up with something positive instead of this claptrap hey? Hopefully this doesn’t lead to a whole new genre of TERF rap because that is definitely something that the world doesn’t need now or at any point in the future. Stop it.

For more of the same, check out this story about a transgender woman that found love with a man who ejected her when she was male. Heartwarming.