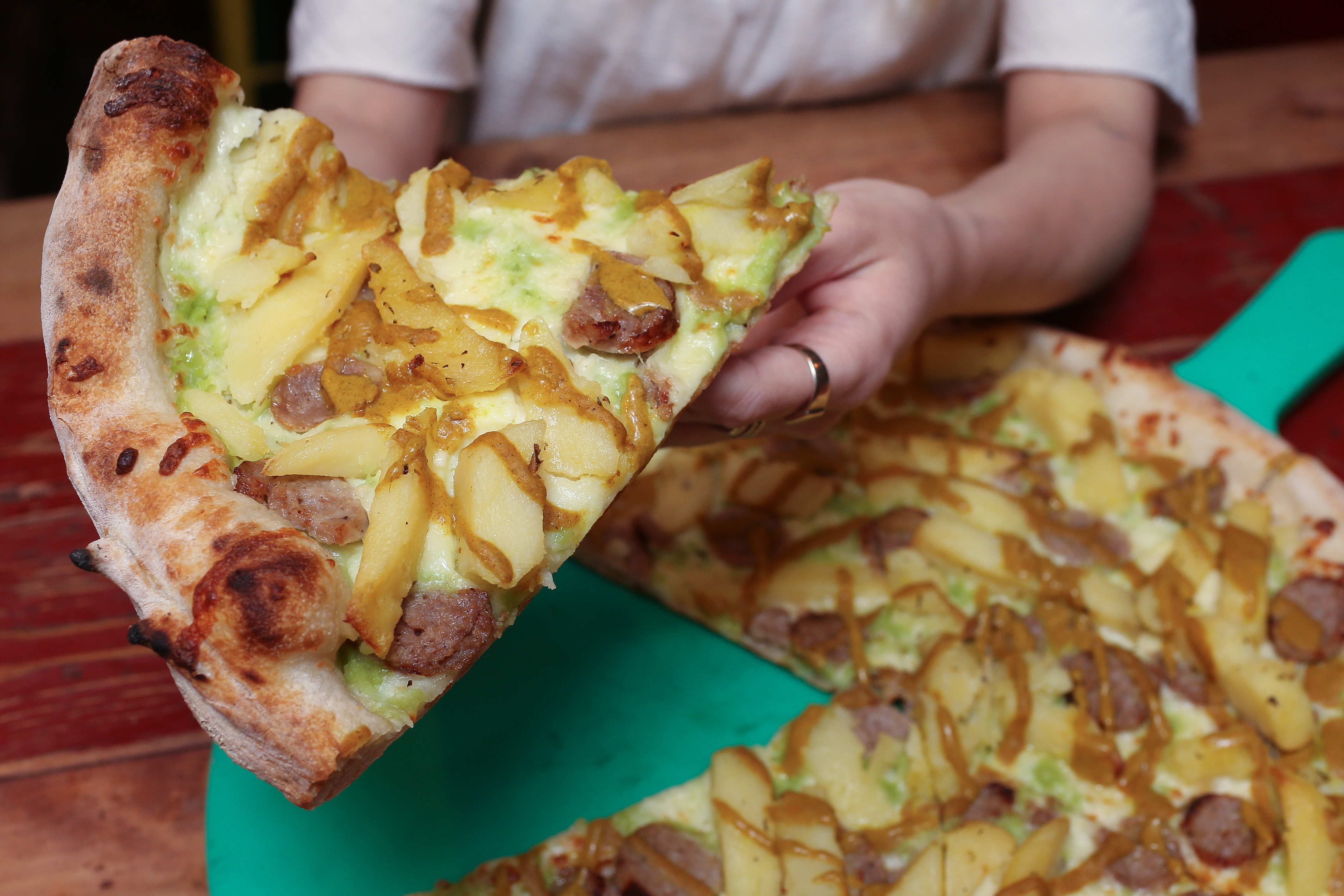 Everything you could ever want.

Nothing really beats the classic chippy tea does it, but what about if you could combine the ingredients on a pizza now?

You might call me crazy, but this is actually what’s going down at Crazy Pedro’s in Manchester and Liverpool. Kinda crazy to write one of these for once and it not be based in London, but I suppose the chippy tea is more of a northern thing so it makes a hell of a lot more sense, right?

The pizza itself consists of chip shop chips, sausages, mushy peas, curry sauce all on a pizza base. I was kinda disappointed it didn’t have any fish on it when I first heard about it, but then I thought it sounded a bit rank anyway and fish would probably only make it even ickier so I think they made the right choice in keeping it off.

Here’s what marketing manager and proud Northerner Nick Coupland, said about it:

It is pretty much a classic northern dish – fish and chips and curry sauce and mushy peas.

I think initially the northern credentials were the reason this pizza did well, but after that was just because people tried it.

Now it is one of our most popular items, it goes down really well. ‘It is comfort food, we are the only place that serves pizza like this until 4am in the morning, and it is just what you want at 3.30am.

But at first, we did have people come up and say ‘we’re not sure what it is’, or asking how the mushy pea base would work as that is pretty unusual.

I mean that’s kinda fair enough because a mushy peas base is kinda weird and to be honest I’m still not sure if I would even like it myself. I guess if I was in the area I would have to give it a go just because it’s so different, but not sure I’m in any rush to see it make its way further south.

If you’re someone who worries about the details, the pizza is 2000 calories (yeowch) and will set you back £16. It’s also available until 4am if you really wanna blow your bank balance and ruin the following day at the end of a night. You’ve been warned.

For more of the same, check out these guys dipping their pizza into milk. Say what now?