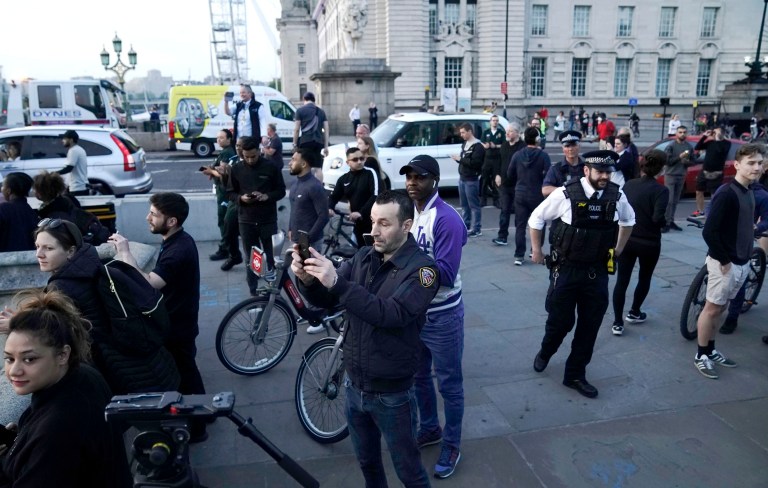 Everyone called the people that gathered on Westminster Bridge last Thursday to clap NHS workers complete and utter idiots who were undermining the work that the NHS were actually doing with their actions, so it makes total sense that the bridge would again be packed out this week as well.

It’s kind of crazy that people aren’t allowed to see their families or friends or even their loved ones on their death beds, but nothing seems to be done about all the people flocking to Westminster Bridge on a Thursday. Most of the time it seems like NHS workers and police are even in the shots, which makes the whole situation even stranger.

Here’s some of the best social media reaction to it all, alongside some videos:

Again? Really? The rest of us at home, following the rules, but it’s ok if you are in London to do what you like.

From Heathrow to Westminster Bridge, the rules don’t apply to you 🤷‍♀️pic.twitter.com/IeBTinBOrj

Let’s all stand on Westminster Bridge together https://t.co/I6hXBbIFUC

After seemingly everyone pointed out how stupid it was for loads of emergency services to congregate on westminster Bridge last week, they are … doing it again pic.twitter.com/8qiJXHv7ro

This gathering like fucking clown bollocks that’s still taking place on #westminsterbridge needs to stop. You think after last weeks outrage the emergency services would look to show their appreciation in other ways. The crowds are just getting bigger each week. Needs to stop 🛑

In Britain, hundreds of people gather on Westminster Bridge to watch each other clapping for an NHS which will be putting them on hospital beds in 2 weeks time. And then they go home to laugh at Donald Trump for asking if something which kills a virus could be useful somehow.

All in favour of closing Westminster Bridge every Thursday between 19:55 and 20:05? Apparently social distancing doesn’t apply then. https://t.co/Nv4N9RuLvD

Yeah I mean everyone there has got a point haven’t they? Why do people think that this is an acceptable activity to take part in given the current climate? Even madder that nobody is trying to disperse them as well, I guess because of the association with the NHS. Sounds like something out a Vonnegut book.

For more of the same, check out this doctor strangling an 18 year old girl for not social distancing. Not sure if that is the right answer either.