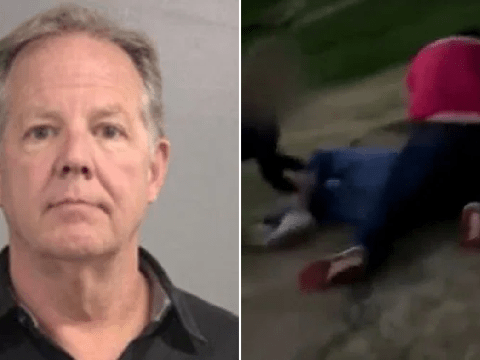 There are still plenty of people out there who aren’t properly practicing social distancing and unsurprisingly no one is more pissed off about this than doctors and nurses.

In this video taken over in Kentucky, US, a 57-year-old doctor named John Rademaker confronts a large group of girls along with another woman who apparently is also a healthcare worker. When it’s clear they do not care about what he is saying at all, the doctor jumps on one of the girls and starts choking her:

Not very doctor-like, is it? But then I guess this is the sort of social chaos coronavirus is bringing along with it. One minute a doctor can be in hospital alleviating a COVID-19 patient’s breathing symptoms, and the next they’re choking teenage girls to death in the middle of the street.

At the end of the day everyone in this video is an idiot but the biggest one is the doctor who ended up being arrested and charged with one count of strangulation and three counts of harassment. Not a great outcome for the good doctor who obviously should have better things to do right now.

For the 300 pound woman who murdered her 120 pound boyfriend by sitting on his face, click HERE.