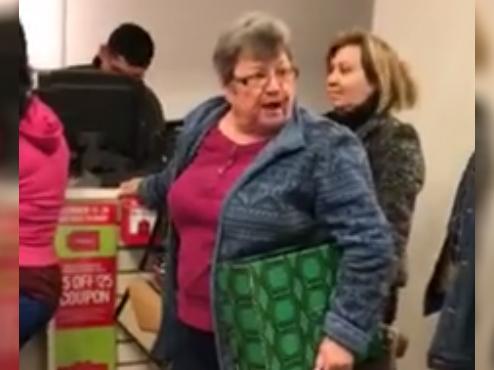 I wonder who she voted for?

This video from Louisville, Kentucky is going viral and being used to re-iterate that these types of incidents have increased since Donald Trump’s election.

It looks like the Latina woman may have cut the line in front of the white lady – poor form for sure. But did it really warrant this response?

Wow she really told that poor lady who was doing nothing but calmly purchasing some Christmas presents. I mean yeah she is a bit of a dick for jumping the queue and should be told as much. But you’ve got to have some really intense and unhealthy levels of hatred inside you to go ballistic on anyone to that degree.

For more racist old bags, get a load of what happened when this one saw a black girl walking a dog outside her house.