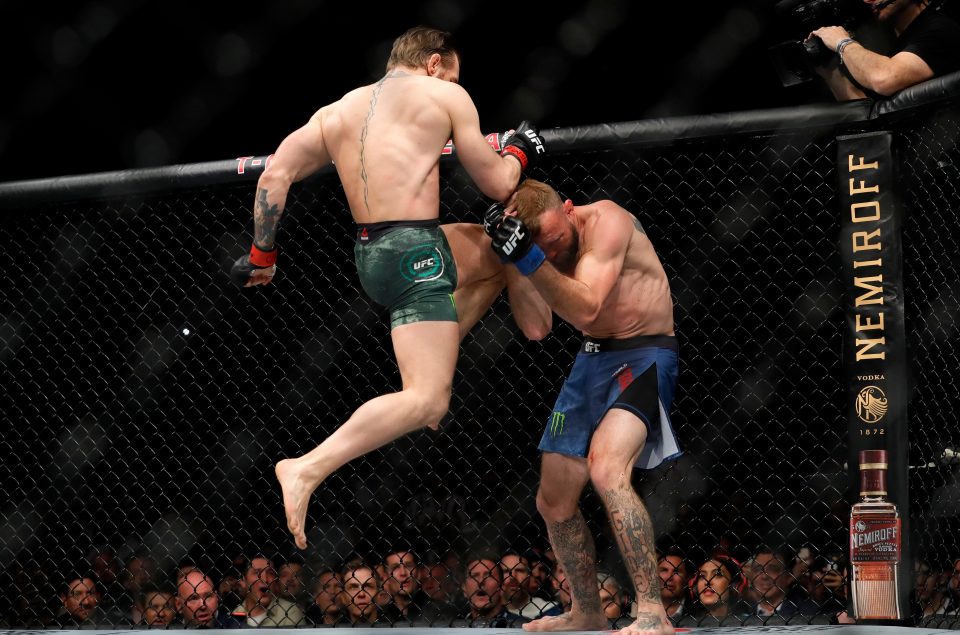 Conor McGregor made a successful return to the Octagon on Saturday night, defeating Cowboy Donald Cerrone in 40 seconds in an absolutely ruthless performance that indicated he was back to his best.

However, despite the early stoppage it can sometimes be hard to see in the real time just how powerful the shots that Cowboy was getting nailed with actually were. Thankfully, the UFC have now released the slow motion footage of the fight and boy, those shoulder hits from Conor really do look like something else at this speed, as do those kicks and knees to the face as well.

Those @TheNotoriousMMA shoulders & head kicks via the Fight Motion camera?! 🔥

Truly devastating striking power there from Conor and obviously we look forward to the next fights that he’s going to be taking part in throughout the year, hopefully culminating in his long awaited rematch against Khabib.

Of course, the UFC fight motion camera also caught some highlights from the other matches on the card and they’re well worth checking out as well if you’ve got a spare five minutes – have a look at them below:

Can’t beat watching someone get their head kicked in hey? And the best thing is that there’s gonna be a whole lifetime of this stuff coming up. Excellent.

For more of the same, check out Conor McGregor calling Donald Trump the greatest President of all time. Er what?