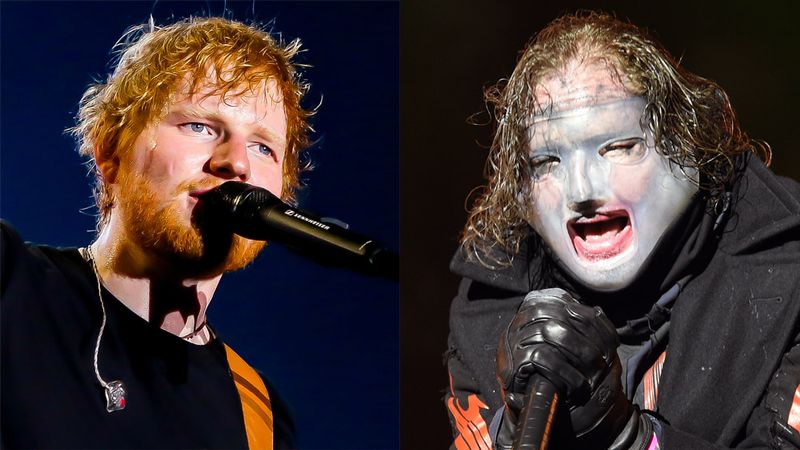 Earlier on this week we reported that heavy metal legends Slipknot were on course to dethrone Ed Sheeran from the top of the charts with their new album ‘We Are Not Your Kind’ and we’re happy to report that they have indeed ousted Suffolk’s most famous son from his throne.

The official announcement isn’t going to be made until 6pm, but a music industry insider revealed to us that Slipknot managed to pip Ed to the post by 4700 sales to get to the number one slot. It’s their first number one since 2001’s Iowa, so they’re probably gonna be pretty stoked on it regardless of the fact that they pushed that little dweeb off the top of the charts.

I dunno why I’m so stoked about the fact that Slipknot beat Ed Sheeran, but it really does make me feel good that a bunch of mask wearing idiots playing metal music can beat the beigist music around to the number one spot in this country, kinda like when Rage Against The Machine beat Matt Cardle to the Christmas number one. Maybe there are some people out there listening to some real music and all hope isn’t gone after all.

For more of the same, check out Slipknot’s new masks here. Terrifying.

Related Items:Charts, Ed Sheeran, MUSIC, Number One, Offical Charts Company, SLIPKNOT, We Are Not Your Kind