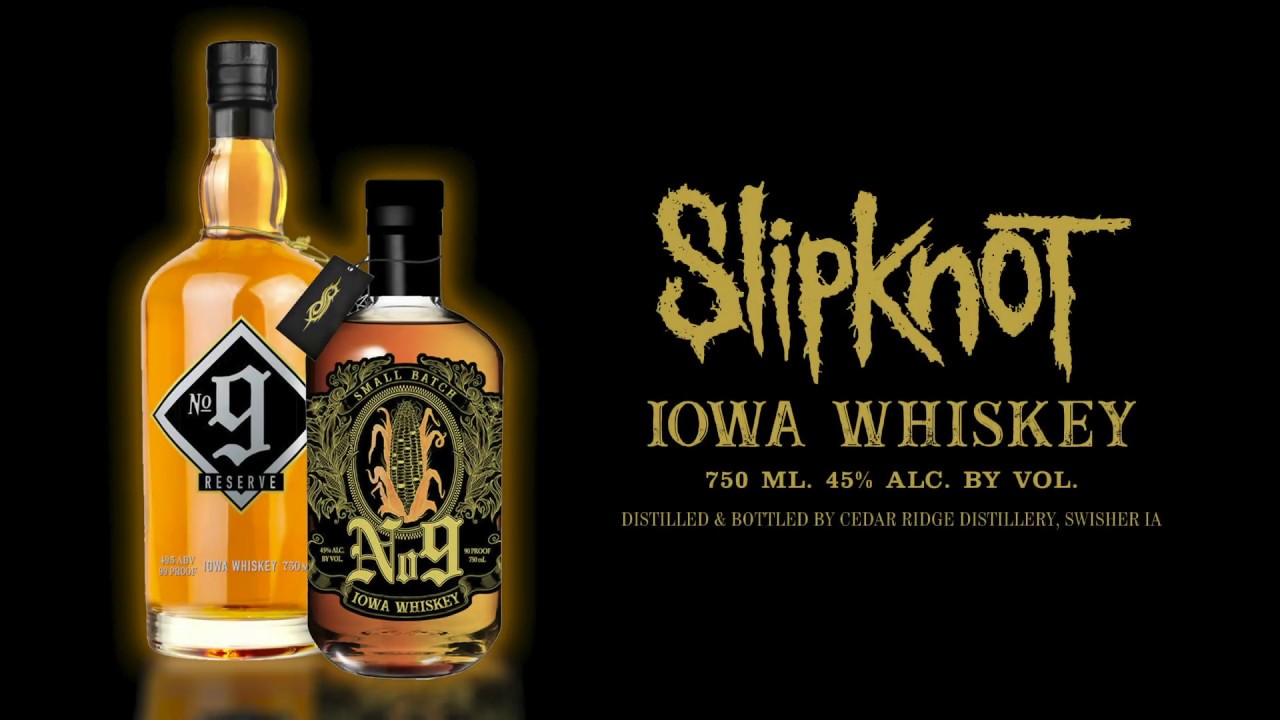 Slipknot have a new album coming out this year and everyone knows that when your new album drops now, you have to have as much ridiculous merch to go along with it as possible in order to get people to buy it.

Slipknot have decided to take a leaf out of Conor McGregor’s with their merch outlay this year though and do something a bit different by launching their own brand of whiskey for their album release. It’s called No 9 Iowa Whiskey and it’ll be available from August 10th -the day after their new album We Are Not Your Kind is released. It’ll also be present on Slipknot’s travelling summer tour Knotfest.

Here’s a promo video all about it and some words from Shawn ‘Clown’ Crahan about it all:

Slipknot and Cedar Ridge Distillery – two groups of people born and raised in Iowa, and committed to quality and hard work.

We collaborated on No. 9 Whiskey, which in addition to Iowa corn, gets some extra spice from its rye content.

I hope you enjoy it as much as we do. Live life, and always be safe.

Thanks for that clown. I gotta say I’m not a big fan of whiskey or a whiskey aficionado by any stretch of the imagination , but if I ever found myself out in Iowa – or any bar in the world for that matter – and saw it up on the bar then I’d have to give it a shot. Spit it out man.

For more of the same, check out the new Slipknot song. Heavy.