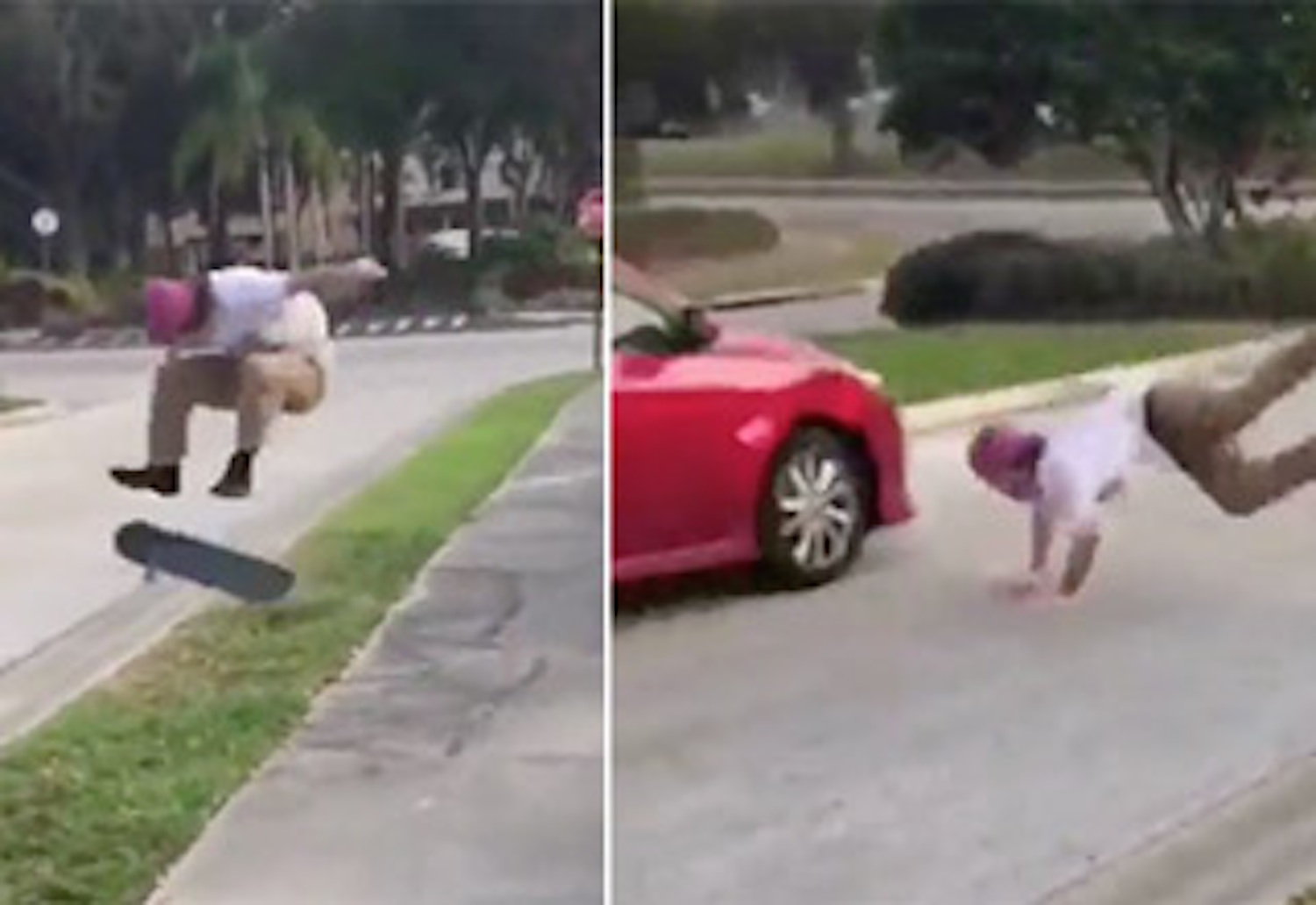 Skateboarding has always been a dangerous sport due to the fact that if you don’t fall correctly, then you could end up breaking any number of bones. So you probably don’t need to make it even more dangerous by trying to kick flip a gap near a busy road.

Of course, skaters are never ones to listen to logic, so it’s no surprise that the guy in this video chose to kick flip this gap and ignore the cries of his friends who told him that a car was on the way. I guess he was just in the zone and really had to nail that kick flip.

Shame he didn’t even manage that and instead just almost got crushed by a car:

That really was a close one – one second later and he would have seriously been toast. Nothing would have stopped that car running over him, no way. If you’re a skater, maybe try and be a bit more careful in situations like that.

For another stupid skateboarder, check out this Russian skater having one of the most insane near death experiences we’ve ever seen. Extreme.