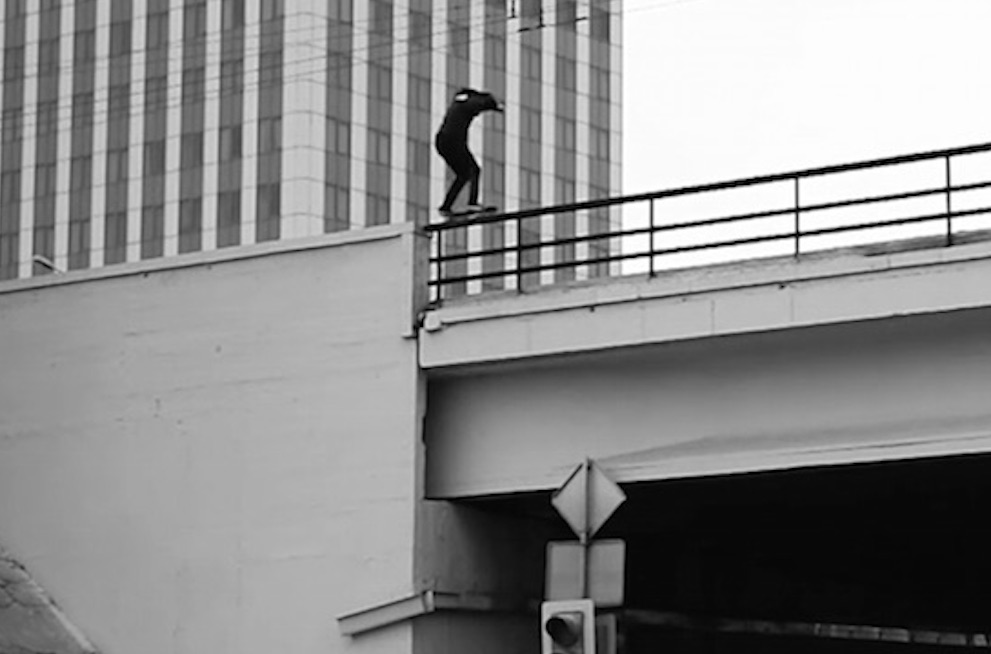 This edit is all about grinding and manualling ledges and rails where if you screw it up, you’re probably going to die.

By the looks of this video, Russian skateboarder Roma Alimov definitely has a screw loose.

In what should probably have been a collaboration with Russian nutcase Mustang Wanted (he loves climbing up buildings and hanging off them), Alimov has decided to skate some of the most dangerous spots and attempt some of the most dangerous tricks ever. He basically does manuals and grinds on rails and ledges that are really high up, and would basically result in his death if he screws them up.

No wonder it’s called Near Death:

OK so the music is a bit annoying – although I can appreciate why he included it – but damn some of that stuff is scary. I doubt most of it will ever be skated again as it’s so outlandish and downright dangerous. And what the heck is going on at the end when that guy fires a gun at him?

I hope there’s more of these stunts because I don’t really feel like we got enough in this edit. For more of the same, watch this guy breaking the speed limit downhill skating in Colorado.