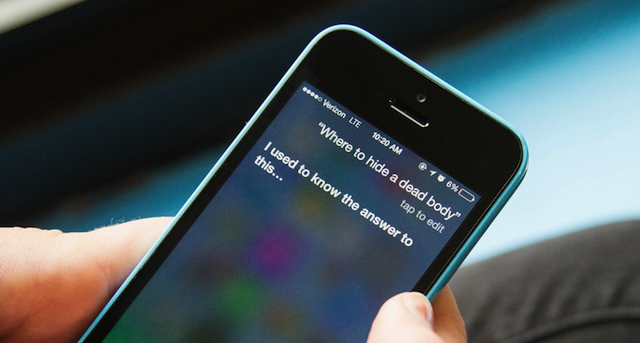 Welcome to the dark side of technology/I’m surprised this hasn’t happened before.

Allegedly, back in September 2012, Bravo told Siri that he ‘needed to hide his roommate’ to which Siri replied cheerfully and naturally with ‘What kind of place are you looking for?’ and offered four suggestions: ‘Swamps. Reservoirs. Metal Foundaries. Dumps.’ These are pretty good suggestions if you ask me, although Aguilar was later found buried in a rural area of Florida called Levy County in a shallow grave. Maybe if he had followed Siri’s advice he wouldn’t have been caught like an idiot. Seems kind of dumb to me. 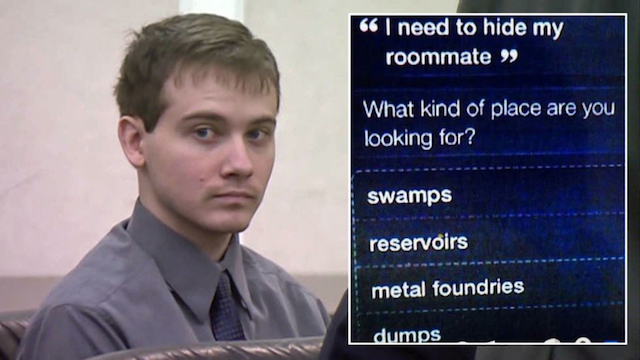 If you’re interested, the murder was said to have been committed over an argument over Aguilar dating Bravo’s ex girlfriend, which is a pretty lame thing of him to do but probably not something you should kill someone over. The last time Aguilar was seen was when Bravo drove him to buy a Kanye West CD. I’m not going to make a joke about that but you can see why I might.

Interestingly, if you tell Siri you need to hide a body or your roommate now, it won’t answer and instead comes out with the cop out line that ‘I used to be able to answer this question.’ I bet that’s affected a lot of people trying to hide bodies since then.

Even more interestingly and also terrifyingly, the main evidence in the case revolves around Bravo’s iPhone. Not only this Siri question, but also the fact that prosecutors know that he was using his flashlight in the same woods that Aguilar’s body was discovered a few weeks before. Location based data from his phone also backs this up, which just goes to show how pretty much everything you do these days is being monitored.

Don’t say we didn’t warn you if you ever need to go on the run.