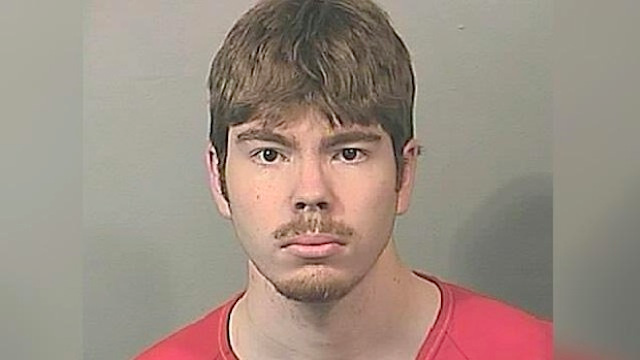 Another bizarre incident happens down in Florida.

Admittedly, this dude does look like the kind of guy that might have sex with a dog AND he’s from Florida, which seems to easily be the most messed up place in all of the United States, but I’m still kind of surprised when I hear the story that his roommate caught him on a hidden camera sticking it to the dog.

The roommate apparently became concerned that something was going on between the dog and this loser – who is 22 and named Joshua Lee Werbicki, which is one of the most perfect redneck names out there – when she noticed the dog was noticeably wincing as it moved around the house and also started to be very obviously afraid of anyone he didn’t know who entered the apartment. In the past the dog has been friendly and this was a stark change in his attitude.

In order to get to the bottom of the problem, the unnamed roommate decided to set up a hidden camera within the apartment to see if anything was going on, and she was treated to the whole damn show as Werbicki grabbed the dog and nailed it from behind on the kitchen table. Fortunately, the video hasn’t been released onto the internet so we don’t have to watch it, but just the thought of this idiot having sex with a dog is an image that I wish could be burned from my brain.

Werbicki was arrested at the Papa John’s where he works on Friday and subsequently charged with one felony charge of animal cruelty and one felony charge of misdemeanour sex with an animal. He’s currently being held on a $2500 bond. Luckily, under Florida state law there’s a possibility that he could be banned in the future from ever hanging out unsupervised with animals again, so hopefully this will never ever happen to any animals ever again. Fingers crossed.