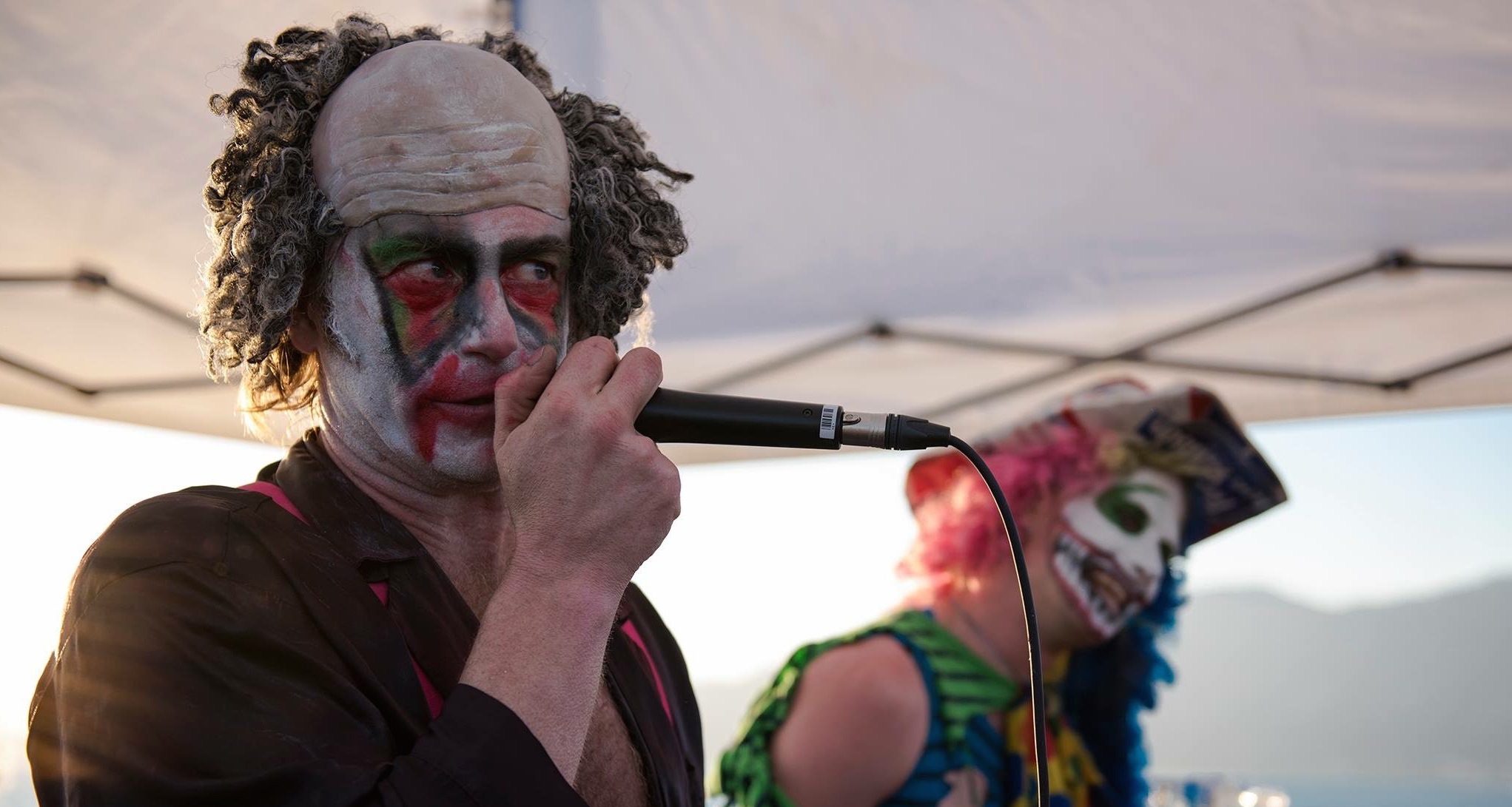 The band is called Powerclown.

As far as headlines go, that one up there is one hell of a doozy as there’s just so much going on in it. Let’s try and break it down.

The story revolves around a guy called Daniel Whitmore, who is the Vancouver based singer of the clown themed Iron Maiden tribute band ‘Powerclown’, where he’s better known as Dicksee Diànno.  Whitmore was apparently travelling to Japan for some gigs when he was arrested for trying to smuggle $7 million worth of what looks like cocaine but has been described as ‘stimulants’ into the country in his guitar case and some tea containers.

Unfortunately for 44 year old Whitmore though, he got busted and now faces at least ten years in jail over in Japan due to their notoriously harsh legal system and zero tolerance policy on drugs. It’s not looking too good for him – you can watch a news report on the whole thing below:

Yeah, those are some pretty despairing words from his friend right there to end that interview right? Doesn’t look good at all for the guy.

It’s interesting that he posted that Facebook status a week or so before he was arrested on December 11th though – was somebody actually forcing him to smuggle these drugs over to Japan? It will be fascinating to hear Whitmore’s story, if he’s ever allowed to talk to the press that is.

As for Powerclown, they don’t seem to be doing too much to support Whitmore and are pretty much washing their hands of him, although they do wish him all the best. The following statement from guitarist Sketchy Klown seems to confirm this (shout out to James D. Thiemich for one of the best Facebook comments I’ve ever read):

With regards to certain legal actions taken against a certain member of one of my clients, Powerclown, I hereby release…

Posted by Powerclown on Wednesday, 3 January 2018

Yeah, things sure don’t look good for Whitmore right now. I would say I wish him the best, but if you’re gonna try and smuggle $7 million worth of drugs into Japan then you kinda deserve whatever you’re going to get. I hope Powerclown manage to continue without their singer though – they don’t really deserve this and if anything are the innocent victims in this story.

For more of the same, check out this Ned Flanders themed heavy metal band. Apparently this is a whole genre.