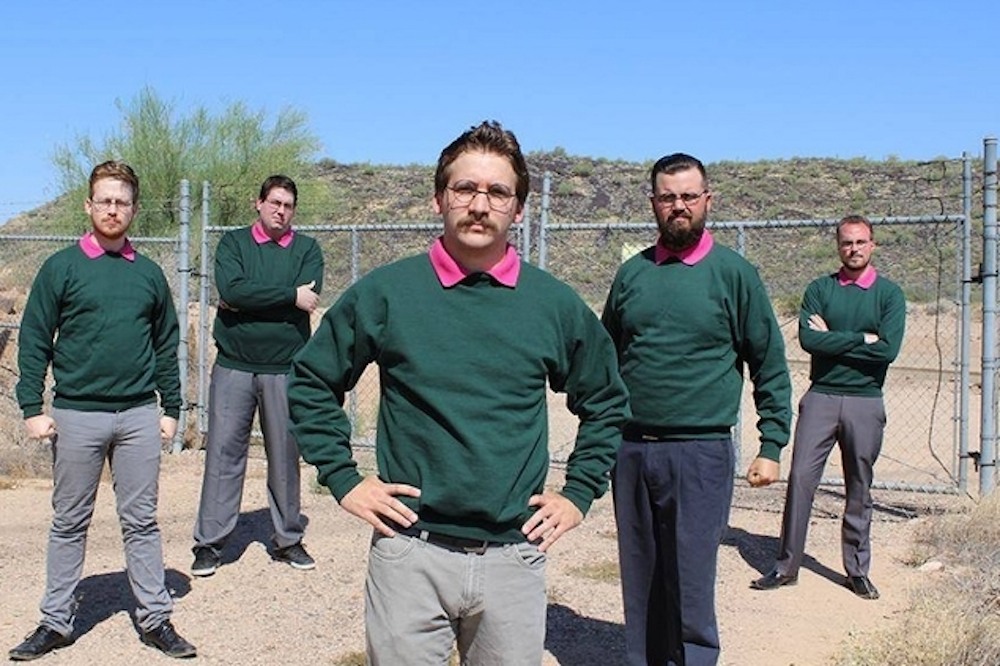 One surefire way to get to the top of the music industry these days (re: go on tour) is to come up with an awesome gimmick that totally sells yourself to the punters out there. I suppose the best example of this is probably Slipknot, with the worst example being something like Mushroom Head – or possibly this newly formed Ned Flanders themed metal band called ‘Okily Dokily’.

The Phoenix based band play a brand of music called Nedal (really), all dress like Ned Flanders, all talk like Ned Flanders and are all called Ned. I’m tempted to just type Ned for the rest of this article but I’ll refrain – I’ll just let lead vocalist Head Ned do that instead:

Myself and our drummer [Bled Ned] were in line at a grocery store, entertaining ourselves by coming up with really cutesy names for really hardcore, brutal bands. The name Okily Dokily came up and was very funny to us.

We ran with it. I contacted a few friends and here we are. Most of us have played in other bands around our hometown.

This is definitely the heaviest sounding project any of us Neds have done. Not as fast as Bartcore, and a little cleaner than Krusty Punk. Not as heavy as Homer J.ent — Nedal is a happy medium in the Simpscene.

Oh shut up dude. Anyway I’m sure you’re all dying to hear it so here’s their four song demo which includes a song about the Leftorium – ‘All Things Are Left’. Even though it’s only a demo it sounds really, really terrible and the kind of thing you might see a bunch of fat 15 year olds playing at an all dayer in the back room of a pub in Kidderminster. The synth work really is something else so watch out for that.

I reckon they’ll probably have split up in about six months. Check out these 15 Simpsons characters found in real life afterwards because they’re way better than these try hards.