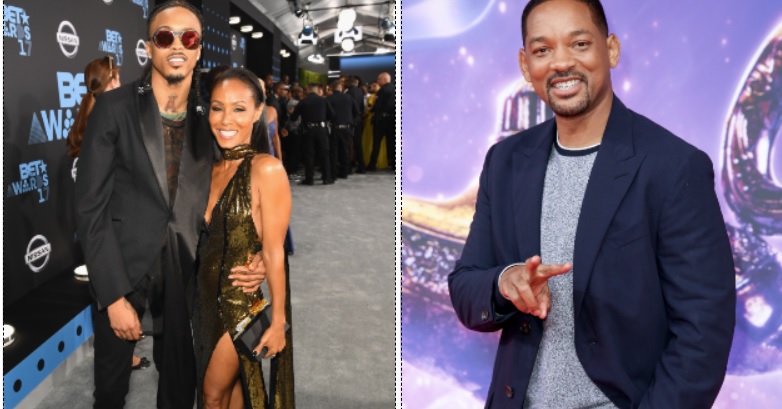 The rumours about Will Smith and Jada Pinkett-Smith having an open marriage or even a sham marriage – there’s a lot of people out there theorising that Will Smith is a closet homosexual – have been circulating for a long time and this claim from singer August Alsina isn’t going to do anything to make them go away.

Alsina was talking to Angela Yee, where he revealed that he had been involved with Jada Pinkest-Smith and that Will Smith had even sat down with him and given him his blessing to pursue the relationship. You can listen to that below or just read the highlights underneath that:

I actually sat down with Will and had a conversation … He gave me his blessing.

And I totally gave myself to that relationship for years of my life, and I truly and really, really, deeply loved and have a ton of love for her (Jada).

I devoted myself to it. I gave my full self to it. So much so that I can die right now, and be OK knowing that I fully gave myself to somebody … Some people never get that in this lifetime.

This conversation is difficult because [it’s] hard for people to understand. But once it starts to affect me and my livelihood, I have to speak up about my truth …

Walking away from it butchered me … It almost killed me. Not almost. It did—it pushed me into being another person … It broke me down … It probably will be the hardest thing I ever had to experience in this lifetime.

Not really sure why he even needs to come out and talk about this shit and air it in public though, other than the fact that he has a new album out and nobody has even heard of *scrolls up* August Alsina anyway. Seems pretty cheap to get a boost off that, but I guess it’s pretty hard to make a buck these days in the music industry so we can’t look down on him too hard. Or can we?

For more of the same, check out Will Smith saying he regrets how he handled his wife’s relationship with Tupac. We seeing a pattern here?