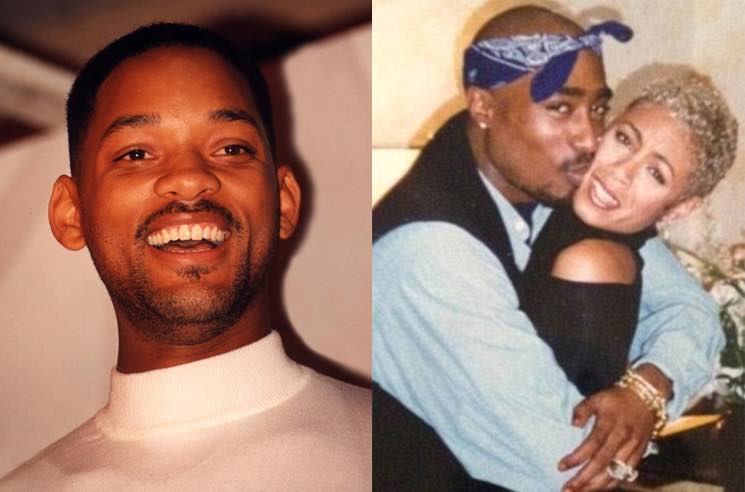 He says his jealousy and insecurity over Tupac meant he never got to know him.

Everybody loves Will Smith, but you’re about to love and respect him even more after you listen to him open up about his insecurity and jealousy over his wife Jada Pinkett’s friendship with the late Tupac Shakur.

The Fresh Prince could have easily brushed off this question from Charlamagne on the Breakfast Club, plugged Bad Boy 3 in cinemas this week, then gone back home and had a nap in a giant pile of money, but instead he was 100% truthful about the whole situation:

Was the good brother Will Smith ever jealous of the love Queen Jada had for Pac???? Full interview on @breakfastclubam @youtube page now!!! Click here to watch!!! https://t.co/AgHtgHypsp pic.twitter.com/pDd6yd6jGy

How mature was that answer? He could have answered that question any way he wanted (it’s not like Tupac is around to respond is it?) but instead he admitted he was insecure just like a lot of guys are about their girlfriends/wives who have long-time close male friend. Except his wife’s close friend happened to be Tupac f’ing Shakur. While Will Smith was putting out soft pop hits and bantering Carlton in Fresh Prince, Tupac was putting out diss tracks and rapping about murdering his enemies and banging their girlfriends. Not exactly the kinda guy you want beef with.

So instead of getting to know Tupac, Will Smith completely ignored him and silently hated on him and probably was a little relieved when he was shot dead? Well maybe that’s taking it too far but the point is 25 years later his only regret is that he and Tupac never became buddies. That’s pretty cool that he was so sincere about it.

For the time Will Smith live-streamed his colonoscopy and found out he had a pre-cancerous growth in his anus, click HERE. Who says Instagram can’t save lives?