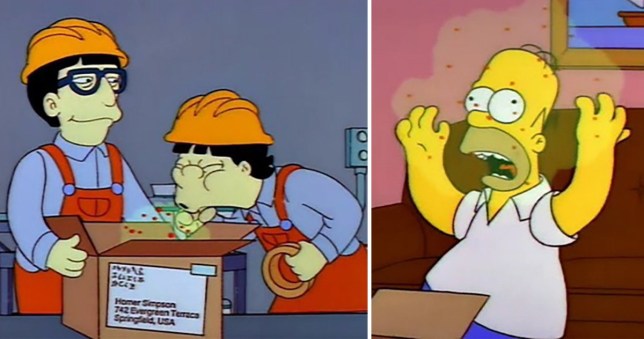 The Simpsons did it again.

There’s a whole bunch more as well, but we can now add another one to the list after fans recalled the plot from 1993 episode ‘Marge In Chains’.

In the episode, everyone in Springfield gets on a juicing hype and starts ordering these fancy blenders from Japan. One of the factory workers gets sick and coughs all over the blenders before shipping them to the US. Check it out:

Well OK, the Simpsons flu came from Japan, not China, and they call it the Osaka flu, not the coronavirus, but that hasn’t stopped people losing their shit over the similarities:

The Simpsons, 1993, this goddamn series predicted coronavirus.
My mind is blown. pic.twitter.com/lNpSc71Ndt

Well I guess it’s similar and relatable enough unless you want to get pedantic about it, but it just goes to show how many killer viruses are born out of that side of the world – Asian flu, Hong Kong Flu, SARS, JEV, and now the Coronavirus. But hey, we’re all still here!

What I’ll never wrap my head around is how The Simpsons managed to predict Donald Trump’s presidency 16 YEARS before it happened. Matt Groening also recently predicted a second Simpsons movie, so let’s hope that’s not too far off.