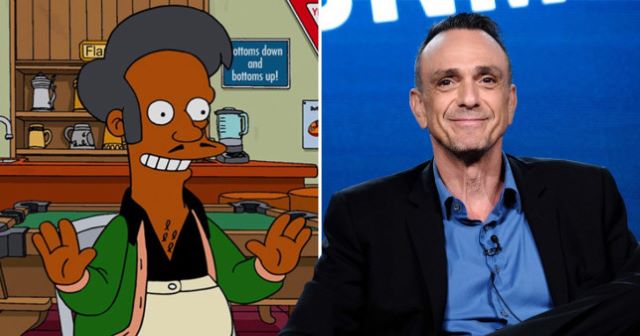 That could take a while.

Last January it was announced that Hank Azaria would no longer be voicing Apu on The Simpsons, and this week he’s apologised for portraying the character in the first place, saying he feels like he needs to ‘apologise to every Indian person’ in the US.

Azaria made the decision to step down from the role after years of backlash over the fact a white person was voicing an Indian convenience store worker with a stereotypical Indian accent. He told the Armchair Expert podcast this week:

I really do apologise. It’s important. I apologise for my part in creating that and participating in that.

Part of me feels like I need to go to every single Indian person in this country and personally apologise. And sometimes I do.

He had previously told Slashfilm that he would be happy for an Indian voice actor to replace him on the show:

All we know there is I won’t be doing the voice anymore unless there’s some way to transition it or something.

What they’re going to do with the character is their call. It’s up to them and they haven’t sorted it out yet. All we’ve agreed on is I won’t do the voice anymore. We all made the decision together. We all agreed on it.

So while it remains to be seen whether someone else will take over the character, the only thing for sure is that Hank Azaria will no longer be voicing him. But what does that mean for the rest of the stereotypical characters on the show?

Do we get rid of Chief Wiggum’s pig nose, donut addiction and laziness in case we offend the police? Is Groundskeeper Willie offending the Scottish? Does mafia boss Fat Tony need to be killed off because he’s offensive to Italians? What about Chef Luigi who is one of the biggest stereotypes on the show? The list goes on and on…

That’s the thing with stereotyped characters – part of the reason they even exist is to point out so many of the false stereotypes around them through the medium of jokes. But I guess there’s a section of people who would rather just get rid of the characters completely and Hank Azaria is in agreement.

The good news is that Apu won’t be written out of the show, as confirmed by Simpsons creator Matt Groening:

Yes [he will stay on the show]. We love Apu. We’re proud of Apu.

Good stuff. Will be interesting to see what they do with him. In the meantime, never forget:

P.S. South Park would never… would they?