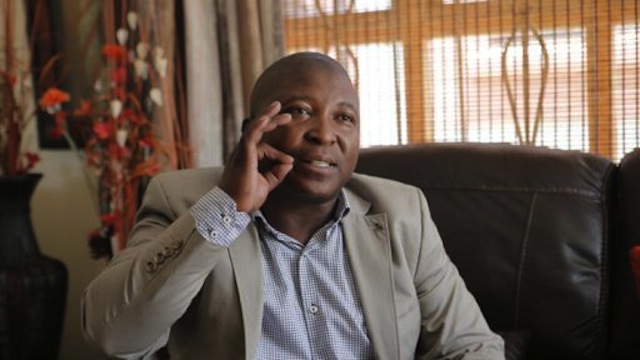 Where are all you idiots who were rushing to stand up for this guy when we called him a psychotic loon the other day? Turns out heâ€™s been charged with theft, rape and murder in the past.

Where are all you clowns who were rushing to stand up for this guy when we called him a psychotic loon the other day? Turns out he’s been charged with theft, rape AND murder in the past. Yeah, no biggie – let’s have him pretend to sign language at Desmond Tutu’s funeral too. He’s just misunderstood is all.

South African news website eNCA reported this morning that Thamsanqa Jantjie has faced charges for rape (1994), theft (1995), housebreaking (1997), malicious damage to property (1998), murder, attempted murder and kidnapping (2003). Many of the charges were dropped because he was declared mentally unfit to stand trial.

What will we discover about Mr. Jantjie tomorrow? That he’s got a Fritzl-style dungeon underneath his home? That he was sent by Satan to mind fuck with deaf people at the memorial of one of the most important figureheads for peace in world history?

They literally could not have picked a worse person for the job. Maybe next time run a little background check or something, make sure there’s no rape or murder in there? Maybe run a few rehearsals to make sure the guy knows how to sign? Not that we’re trying to tell the South African government how to do their job or anything.

â˜› Check This Out Next: Sign Language Guy Freaks Out During Radio Interview