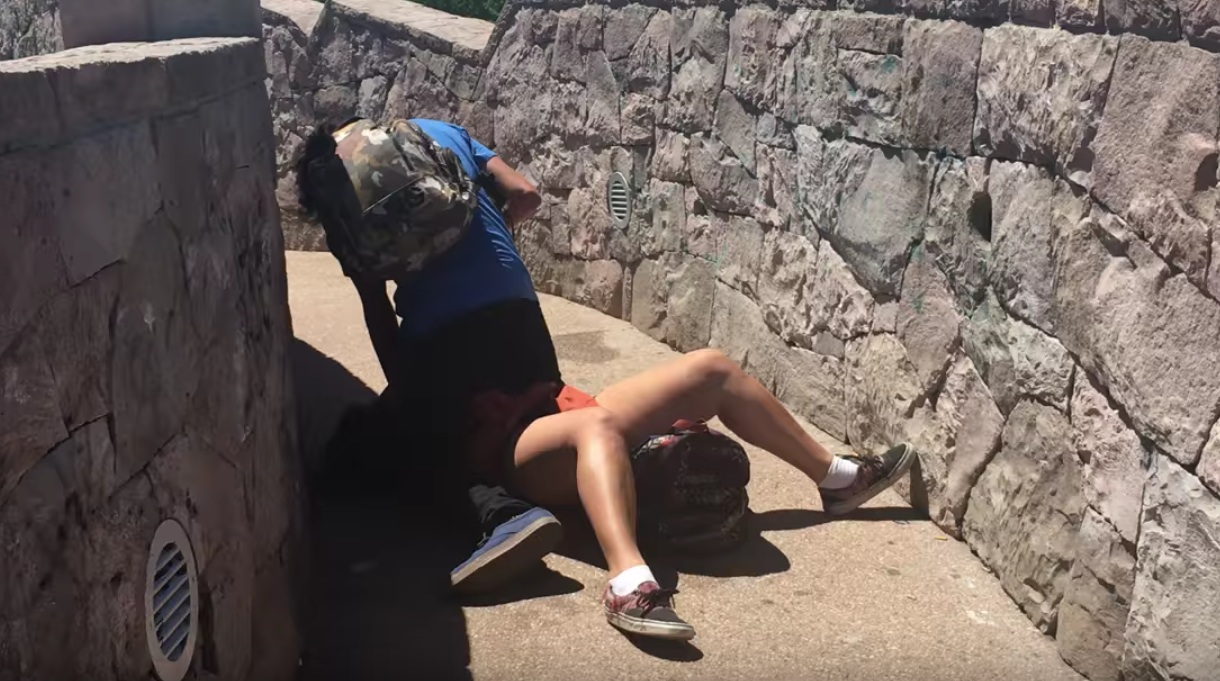 A reporter named Jeremy Jojola decided to share a shocking video of the time he confronted an attacker who he caught choking a girl at Denver’s Commons Park.

Last June I was walking my dog at Commons Park when I saw a guy place a young woman in a headlock. He began throwing her around inside a brick structure at Commons Park.

There was nobody around seeing this and I felt compelled to stop the attack out of fear things would get far worse.

Video is the best witness, especially in situations when someone may be doing something wrong, so I began to record as I ran towards the direction of the attack.

As you’ll see in the video, Mendez-Santos was on top of the woman choking her as I ran up and started yelling.

The young woman escaped and after some heated words were exchanged, he spat on me.

Police responded and arrested Mendez-Santos. They took my video as evidence and filed a case against him.

It’s scary to imagine what would’ve happened if this guy hadn’t come to the girl’s rescue. Apparently the kid had a knife on him and he even threatened to stab the girl.

Thanks to this video, the 19-year-old attacker, Mendez-Santos has been arrested and charged with misdemeanor assault and is currently wanted on a warrant. Absolute scum of the earth. Hats off to Jeremy for saving the day and sharing this video.

To watch a hippie roamer describe the time he saved a girl from an absolute psychopath, click HERE.