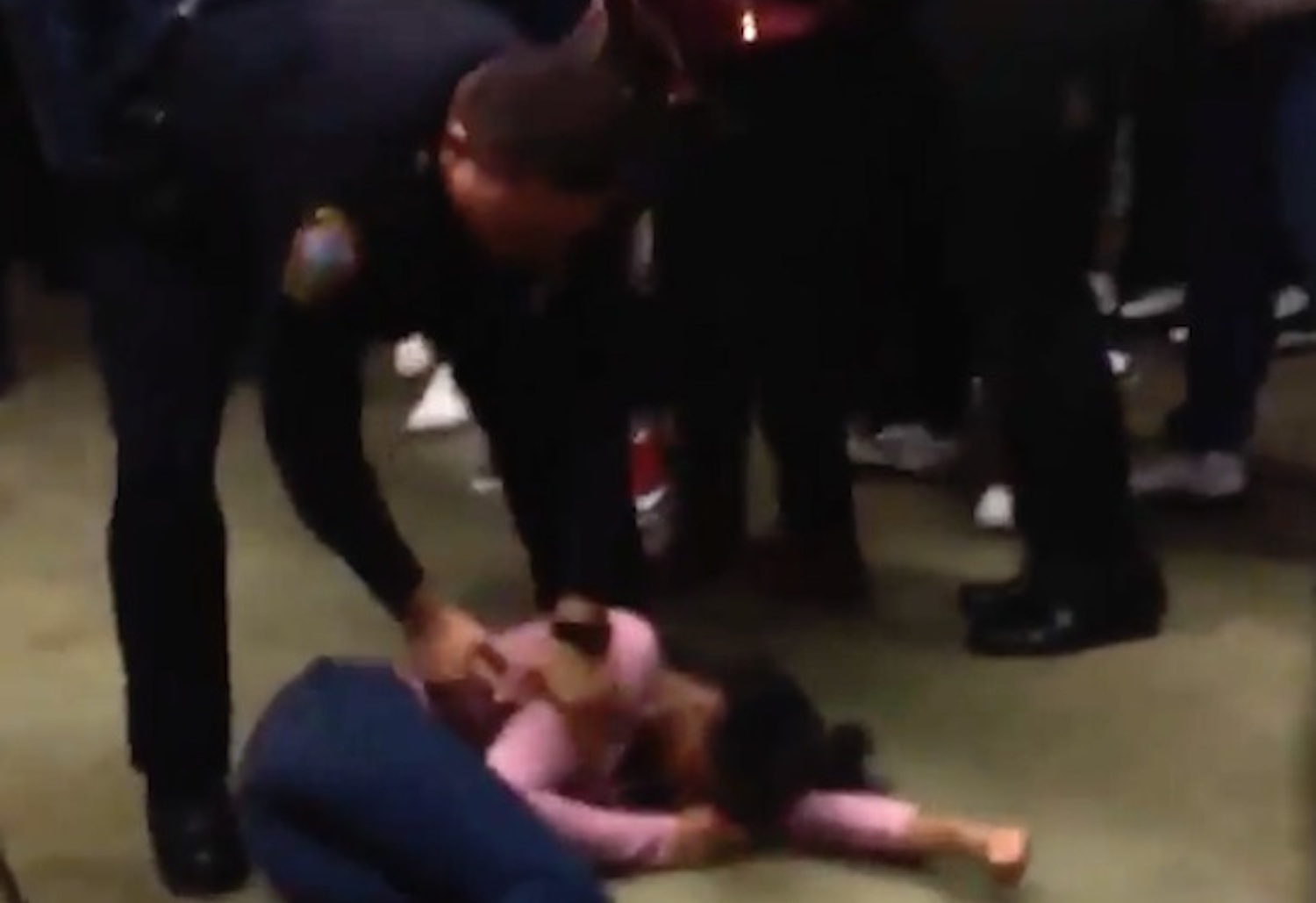 It seems like every other day we see a new video of a cop acting completely inappropriately, and it looks like 2017 is going to be no exception to this rule.

The following video was posted on Twitter a couple of days ago, but I assume was probably taken before Christmas as I doubt American schools head back on January 3rd.

In any case, it features a cop “taking things way out of proportion” in the words of the Twitter user Ahunna. In the short clip, the cop grabs a young girl and full on body slams her on the floor before dragging her away, presumably to the principal’s office/jail:

Ouch. There are rumours going around that the cop has been placed on administrative leave for his part in this debacle, but that hasn’t been confirmed yet. I would expect some repercussions from this though. No news on what the girl was doing to warrant such a reaction either, but we bet she probably didn’t deserve to get slammed by a cop.

Sadly, it seems like this thing is becoming more and more common over in the states – check out this almost identical video from halfway through last year. If she wasn’t on the floor for so long in that one, I would have sworn that they were the same one.