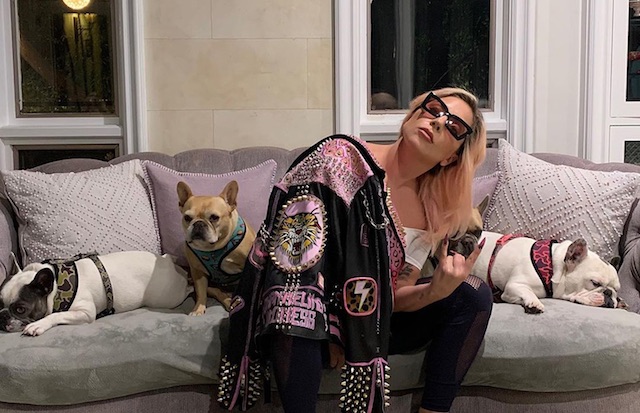 We already posted about how Lady Gaga’s dog walker was shot four times in the chest and her dogs Koji and Gustav were subsequently stolen, but now shocking footage of Ryan Fischer being attacked has been released to the public in an effort to track down the culprits.

Surveillance video from a neighbour’s house shows a white sedan pulling up behind Fischer before two armed men get out of the vehicle and accost him. One of them can be heard telling him to ‘give it up’ before unloading a couple of bullets into his chest.

You can take a look at it below, but be warned it is pretty harrowing stuff:

Damn that’s cold. Surprised Fischer isn’t dead to be honest given the fact that he was shot four times in the chest, but he is apparently doing well after being rushed to hospital following the incident.

The footage has been released by the neighbour after Lady Gaga appealed for help finding her dogs and offered a $500,000 reward for their return, no questions asked. If you’re the dognapper you’ve probably gotta be tempted by that, but considering that they shot a guy multiple times and almost killed him I think that they would be really stupid to think that there would literally be no consequences from that.

I can only see this going one way and that’s sour – expect to find out that the dognappers were killed by by a SWAT team trying to extradite the dogs or something in the near future. Only way this situation can possibly end up.

For more of the same, check out when Lady Gaga starred in ‘The Sopranos’ when she was 15. Absolutely nuts.