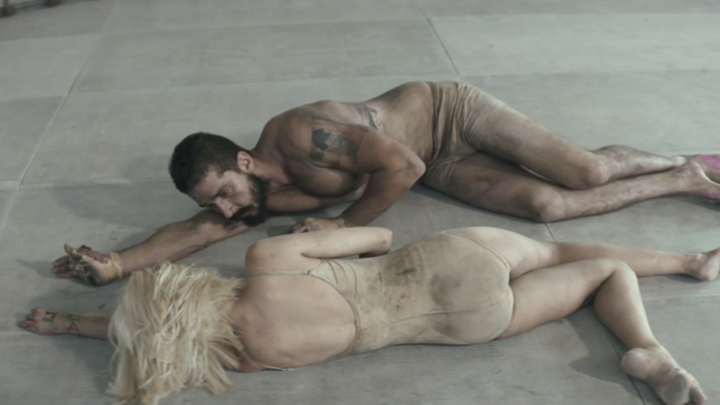 Oh what, you thought Shia LaBeouf was over his ‘weirdo‘ phase? Here he is busting out some interpretive dance in the video for Sia’s ‘Elastic Heart’ alongside 12-year-old Maddie Ziegler who previously stole the show in the awesome Grammy-nominated ‘Chandelier’ clip.

Surprise surprise though – Sia has been forced to apologise after people felt the clip had undertones of paedophilia/molestation/abuse. She said:

I anticipated some ‘pedophilia!!!’ cries for this video. All I can say is Maddie and Shia are two of the only actors I felt could play these two warring ‘Sia’ self states. I apologise to those who feel triggered by ‘Elastic Heart’. My intention was to create some emotional content, not to upset anybody. Thank you.

It’s a (purposely) controversial clip, but it’s not as though Shia was whispering sweet nothings into her ear, the way Joe Biden was with that 10-year-old the other day. Now THAT was creepy.