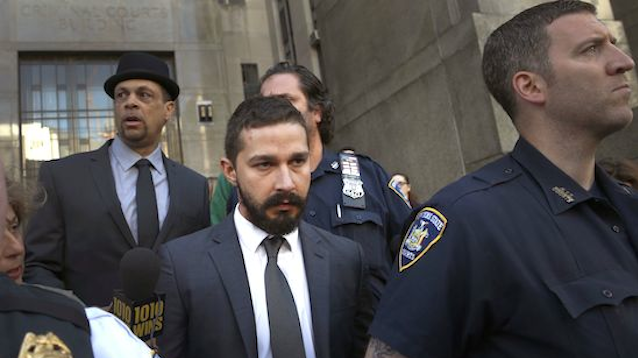 It involves drinking a ton of whiskey.

Earlier on in the year Shia Labeouf was pretty much going off the rails – who can forget when he head butted a random guy in a South London pub? – but he seemed to have calmed down more recently.

At least, that was what I thought. Turns out I’d missed it and he actually got arrested in June and spent some time in the slammer, the story behind which was never really fully disclosed. Until now that is.

Shia went on Jimmy Kimmel earlier in the week to address his recent bizarre behaviour and come clean about what really happened in June. It seems like he’s really trying to come to terms with why he was acting like such a weirdo earlier this year and it’s good that he can laugh at himself and tell this hilarious story, but we’ve got to ask if he really should have been doing this stuff in the first place.

At least he isn’t as messed up as the top 5 celebrity drunk news clips.