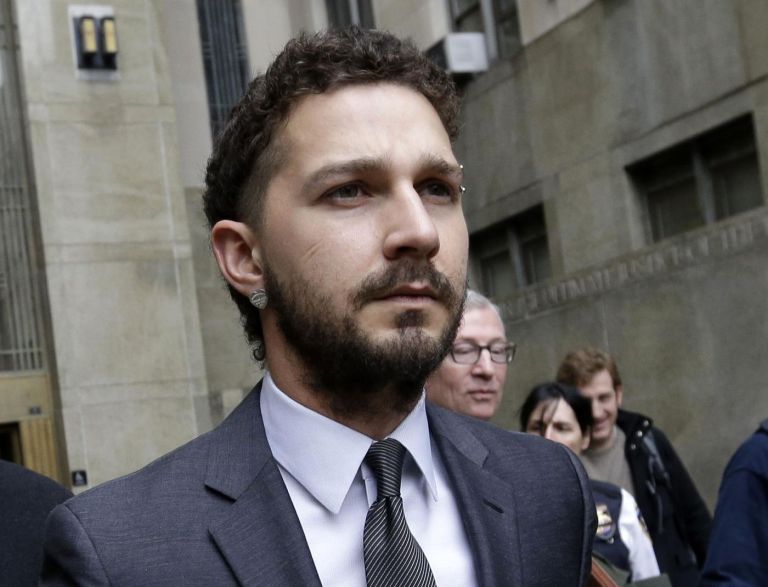 One of our readers predicted this on Facebook yesterday — Shia LaBeouf did in fact rip those ‘freestyle’ lyrics from some obscure rap group, who I guess he was hoping no one would find out about.

If you haven’t already you can catch Shia’s original video HERE.

The group he sneakily borrowed the lyrics from are called the ANOMALIES, and the verse he ripped belonged to female member MC Pri The Honey Dark from the 1999 song ‘Perfectionist’:

Shia’s version of the lyrics:

The rare commodity, the quality is what it’s gotta be, and my philosophy is farther than what your eyes can see.

I reckon you want more of that rare commodity/the quality is what it’s gotta be/ and my philosophy is much farther than what your eyes can see.

Barring a massive coincidence, I think it’s fair to say Shia has been listening to the ANOMALIES. Unimpressed, Honey Dark wrote on Instagram:

You can’t rip songs from my ANOMALIES crew, recite them in a freestyle as your own, get credit for it, then not expect to be called out by ACTUAL MCs!

I don’t care WHO YOU ARE! There is a respect factor in this REAL MC life & there are levels to this!

In the words of my ANOMALIES Crew member Helixx C., “WATCH HOW YOU APPROACH DUDE!”

That’s one way to react I suppose. She could just be happy about the publicity Shia gave her and reach out to the guy to maybe ask him to be in their next video instead of rinsing him on social media but hey, people have their own way of dealing with things.

This comes a year after LaBeouf was caught up in a plagiarism row after ripping off comic book author Daniel Clowes, after which he at least tried to explain why he’d been acting like such a nut job. No idea how he’s going to explain this one though.