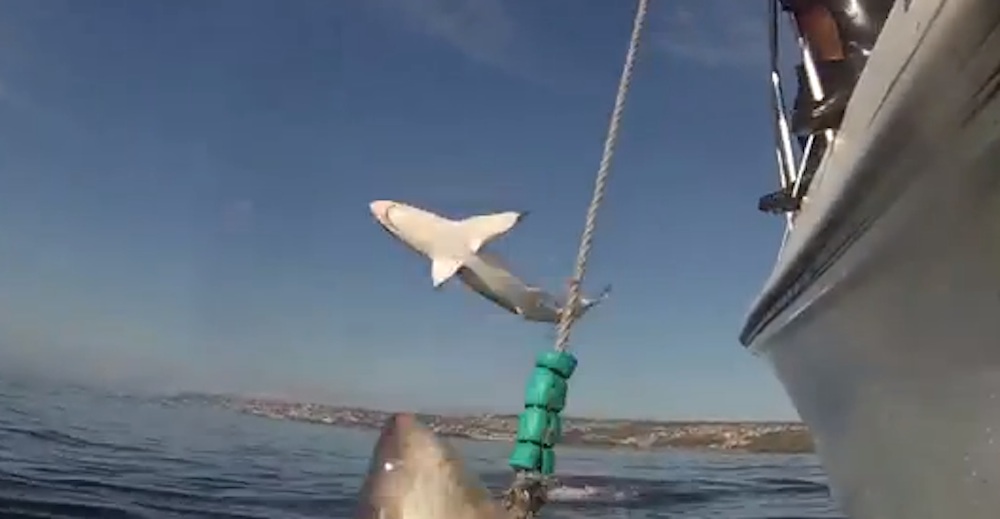 They’re coming for you.

Sharks are scary mofos because basically you can just be swimming in the ocean and one comes along out of nowhere and then bam – you don’t have an arm anymore.

You probably thought that you would be safe from them if you never went into the water, but it looks like that’s not the case. Not only are they able to smash through underwater cages now, but they actually seem to be able to jump out of the water of their own accord in some kind of reference to last year’s blockbuster movie Sharknado.

The footage below was filmed at Mossel Bay in South Africa and quite clearly shows a shark jump out of the water almost to the height of the boat that’s nearby it. Although it doesn’t bite or attack anyone, the fact that sharks have figured out how to do this and are doing it makes me kind of scared to get back into the ocean. At least anywhere near Mossel Bay. Terrifying.

Inevitably there will be people claiming that this is fake, but the way it’s filmed and the way it splashes back into the water looks 100% real to me. Feel free to disprove me though.