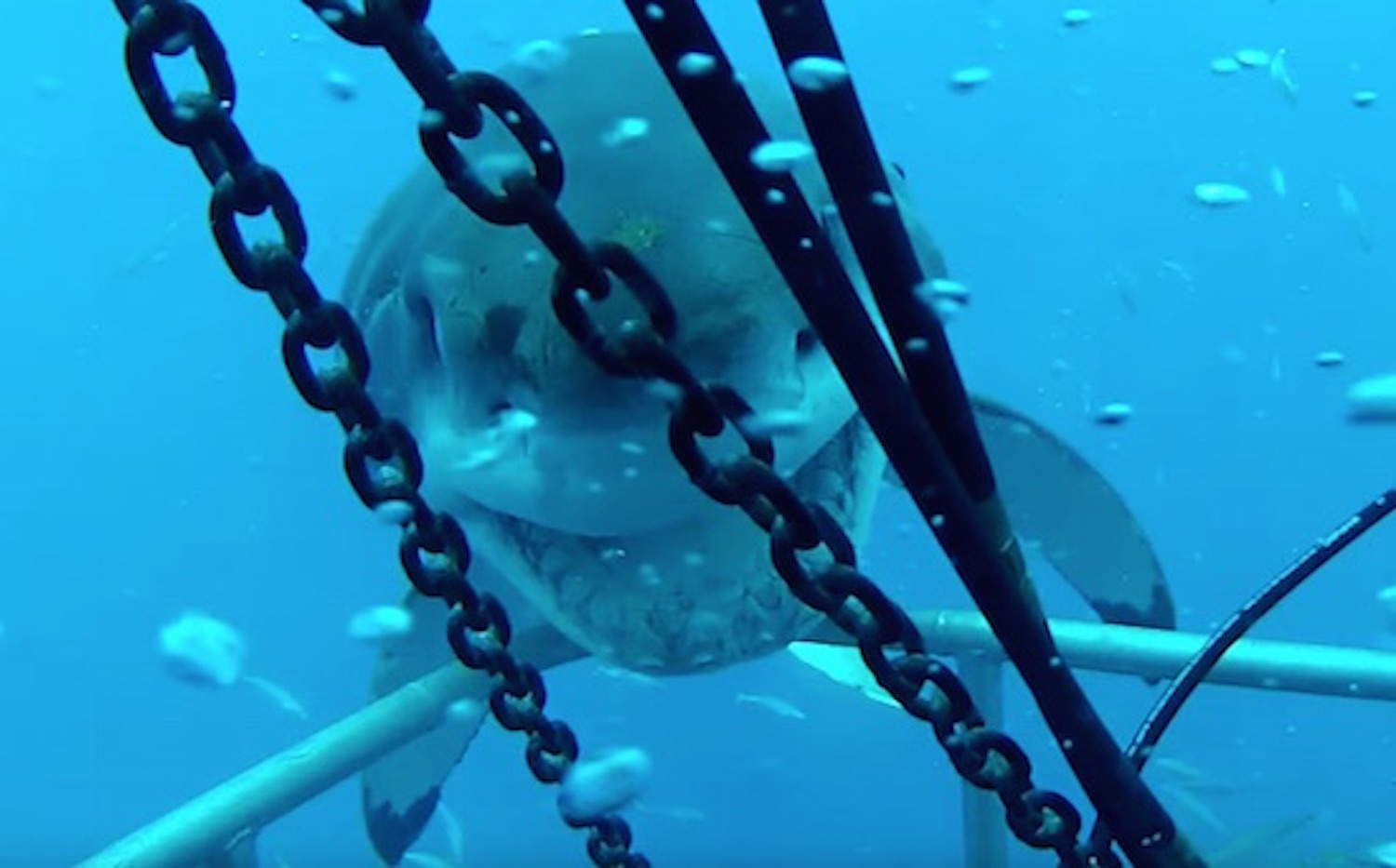 Prepare to shit your pants.

I’ve never really understood why so many people seems to be obsessed with getting footage of sharks swimming around the ocean because it seems like one of the most dangerous and scary tasks ever due to the fact that sharks can literally rip your body apart without a second thought. Nevertheless, way more people than I would ever have thought possible seem to enjoy doing this and whilst it is kinda cool when you see footage like the video below, you’ve really got to wonder what is going through their minds when this happens to them.

In the video, some divers have placed some tuna in a cage so they can lure the sharks over to them and film them. For some reason a couple of them think it’s better to lark around on top of the cage rather than in it where they would be perfectly safe and they almost end up paying for it when one of the sharks comes about one foot away from them and starts chomping around. Shit scary stuff:

Yeah that is not what it’s about at all is it? At least they managed to get this footage though – big whoop.

For more videos of sharks being completely terrifying to people swimming around in the water, click here.