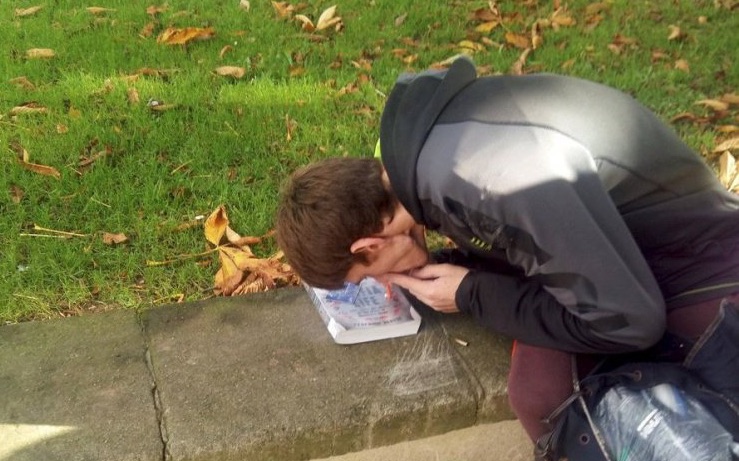 Have some self respect man.

It’s a well known fact of adult life that pretty much everyone does cocaine, but usually this is in the privacy of their own homes or the toilet of the club, not on full show to everyone in the middle of the day.

Usually that is, as this one guy in Plymouth didn’t seem to care one iota that he was racking up lines and snorting them off a book in the middle of the day outside the local library. He was papped by author Johnny Mains, who posted the picture to his Twitter account yesterday:

#Plymouth – where all the jakies don't even care about snorting in public…and this is outside Central Library! @PlymouthHerald @DC_Police pic.twitter.com/BlcuWcTezn

Everyone has their cross to bear, but at least find a tree to hide behind, or a toilet.

Plymouth wanted to be the city of culture, but this isn’t the right way for people to have their heads buried in a book.

Funny guy, but to be honest I don’t think I’ve ever seen someone snorting coke – assuming it was coke and not mephedrone or something icky like that – so brazenly in public so he has got a point right there hasn’t he? Have some respect and at least go to the toilet or something.

As for the book he was snorting it off, it turns out that it was Mafia Life: Love, Death and Money at the Heart or Organised Crime, by Federico Varese. Kinda sounds like that’s the kind of life this guy wishes he was leading.

For more unbelievable drug taking, check out this city boy openly snorting coke on the tube in front of a bunch of people. Meltdown.