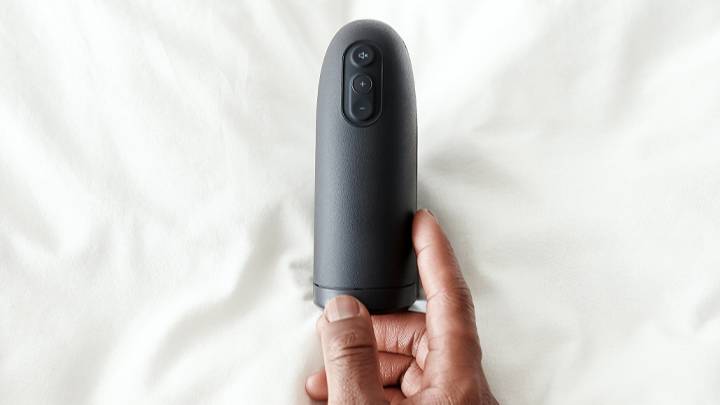 I’m not sure how many men out there have spent their time wondering about the differences between the male and female orgasm, but apparently there’s an audience for it as Arcwave have developed a device that they’re claiming gives men the equivalent of a female orgasm.

The Arcawave Ion targets the freneleum – this is the small tag of skin between the foreskin and shaft of the penis which contains the same nerve endings as the female clitoris – with its pulsated airwaves and the company claims that this delivers a way more intense orgasm than just regularly whacking off would. They’ve also received over hundred reviews and testimonials so far with men offering comments such as ‘overwhelming’ and ‘it created a unique feeling that could not be created any other way’.

Sounds like it might be worth a go hey, although at £169 I’m not entirely sure if it’s an investment I want to be making right now. Here’s promo video and the words of Dr Tobias Zegenhagen to try and persuade you though:

It also presents a huge growth opportunity for us as a business as we target a sector that has, up until now, remained largely untapped.

That all certainly makes it look exciting I suppose but again I’m not sure if I wanna shell out that much money for it at the moment. Hopefully someone will read this review and send me a free one though because I would love to try it out.

For more of the same, check out these 10 disturbing sex toys that will shake you to your core. Not interested in any of them.