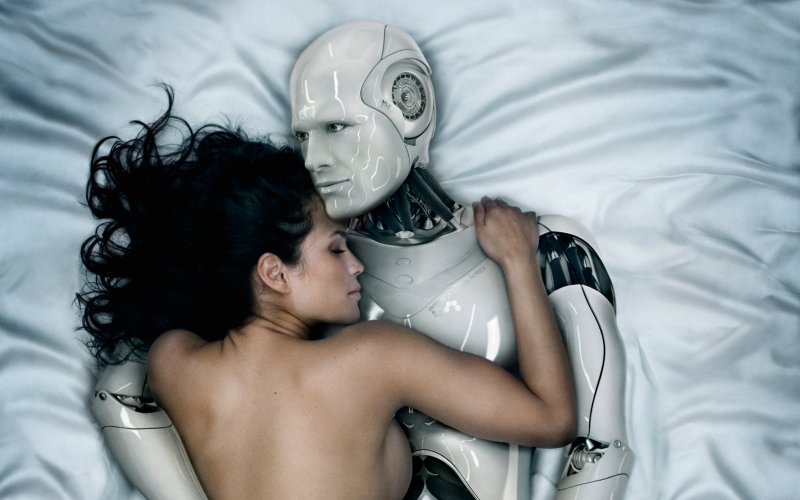 The future of sex and dating is here.

(Use the arrow keys to move left and right)

Fire, the wheel, the domestication of animals… If we invented it, we’ve probably tried to have sex with it.

Now we can add artificial intelligence to that list. In fact, expert David Levy predicts that by 2050 robots “will have the capacity to fall in love” and be “romantically attractive and sexually desirable” to humans.

RealDolls, as recently profiled in Vanity Fair, are about as close as we’ve come so far. But while the attention to detail is undeniable (the nipples alone range from red, pink, chestnut, bronze, peach, tan, brown, black, Standard, Perky, Super Puffy, XL Puffy, XXL Puffy, V Puffy, “Texas,” and “Big Mama”), there is more to sentience than a smorgasbord of nips.

A large challenge to creating intelligent sexbots will be replicating the vastly complex ways people think, or more often, don’t. Soon however, technology may allow mankind to finally overcome the evolutionary roadblock of genuine human connection.