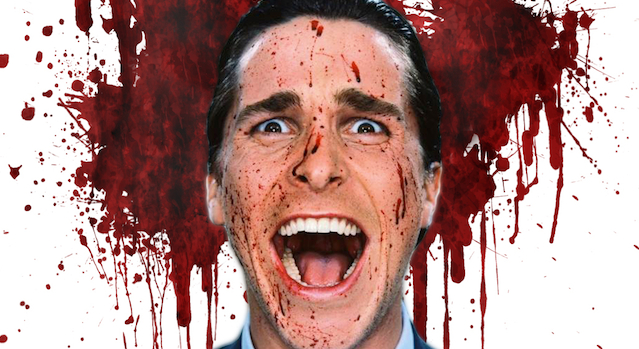 Ever wonder what your favourite serial killers like to get down to when they’re murdering little kids and prostitutes? Well now you can find out.

I can’t say I’ve ever particularly wondered about famous serial killers and their music choices, but everyone loves that scene in American Psycho where Patrick Bateman is cutting that guy up to Huey Lewis & The News so maybe it should have crossed my mind before this. In any case I’m thinking about it now and here are the answers that I’ve managed to find out. Predictably there’s a bunch of heavy metal in there but there’s some choices in there that are going to surprise you. This is in no particular order by the way. 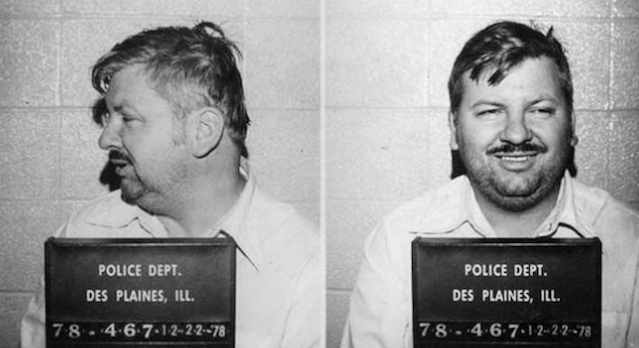 John Wayne Gacy was a fat dude from Chicago who liked dressing up as a clown and raping and murdering teenage boys and young men in his spare time between 1972 and 1978. Although he didn’t do these activities at the same time, everyone still called him The Killer Clown – they thought it was extra creepy he liked to dress up as ‘Pogo The Clown’ at charitable events despite the fact he was also a killer . To be fair they’re right – that makes the whole thing way scarier. Pogo The Clown sounds like a real horrific character basically, kinda like Pennywise from IT but way fatter.

John Wayne Gacy was a big fan of REO Speedwagon, who are one of those bands I’ve heard of that I can never really name any songs of. I just listened to the first song that came up on YouTube and it’s kinda lame, like a real easy listening middle of the road power ballad that they might feature on Glee. I looked it up and yeah, it has featured on Glee. It’s weird to think a serial killer would listen to something like it and not something really angry but I guess there are all kinds and as much as we would like it to be it isn’t a genre specific lifestyle choice. 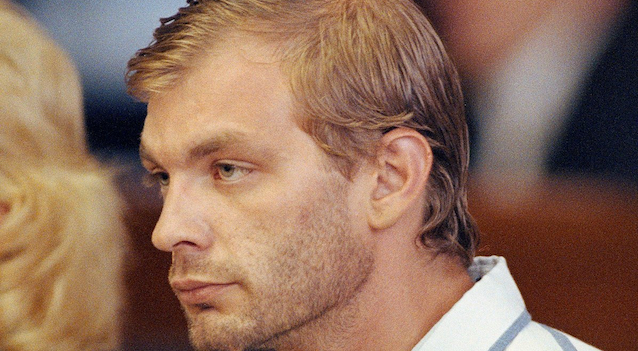 Jeffrey Dahmer is probably one of the most famous serial killers of them all and was immortalised even further by the fact that a bunch of heavy metal bands like Slayer have written songs about him, probably because they related to him or something.

It’s unsurprising therefore that Dahmer himself was also a big heavy metal fan and he loved listening to Black Sabbath when he was raping, murdering, dismembering, eating, banging and then dissolving the bodies of his 17 male victims in acid between 1978 and 1991. 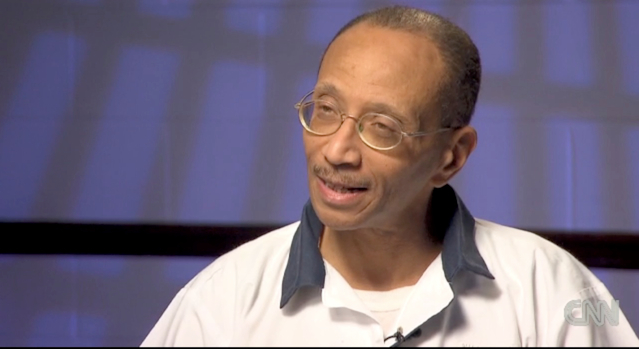 This is one of the only guys on the list I hadn’t actually heard of when I was writing it, and it’s probably because his status as a serial killer isn’t exactly 100% confirmed despite the fact he’s recognised as one of the most notorious child killers in modern times.

Wayne Williams is currently in jail for the murder of two adults but it’s also widely believed that he murdered between 23-29 African American children from 1979 – 1981 in Atlanta Georgia, although this has never been proven and he has always maintained his innocence. He claims that his implication in the murders is due to a conspiracy implemented by the Ku Klux Klan, which sounds a bit outrageous but could probably make sense. Nobody seems like they’re trying to prove his innocence though so he’ll probably always go down in history as being the man blamed for the Atlanta Child Murders.

As is the case with many serial killers, Williams had his own fanbase and has received many letters whilst he was in jail. In one such letter received in 1995 he was asked for recommendations of cassette tapes and replied with BB King and Bobby Bland’s ‘I Like To Live The Love’ which is probably the best song on this list. This isn’t that surprising considering when he was living in Atlanta Williams was working as a radio DJ so he probably knew his shit. 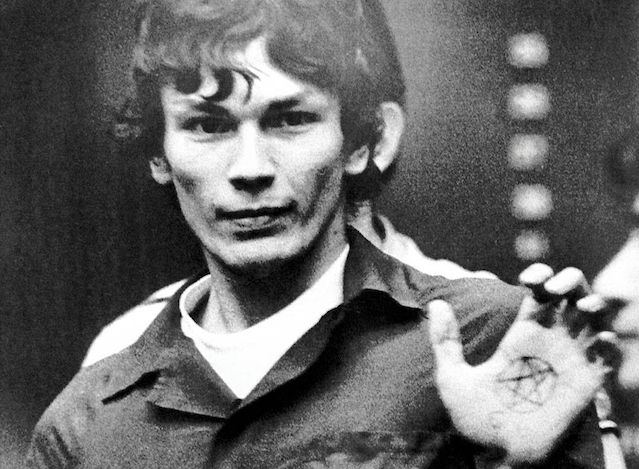 Richard Ramirez was a drifter from El Paso Texas who started smoking weed when he was 10 and was fascinated by the exploits of his sicko older cousin who had served in Vietnam and liked to show him pictures of the women he had raped and killed over there whilst they both got high. Ramirez later witnessed his cousin murder his wife after a domestic argument when he was just 13 which probably set him down his road to ruin. When he was 22 he moved to California and in 1984 he started breaking into people’s houses randomly and murdering them violently.

Ramirez was a Satanist and demonstrated this by drawing an inverted pentagram on his hand during his trial. Again, it’s no surprise he was into heavy metal but it was more of the rocky kinda rather than the real heavy stuff that Dahmer was into. He liked nothing more than running around other peoples houses terrorising and murdering them with AC/DC on his stereo.

Some even speculate that his method of killing – breaking into people’s house in the middle of the night and then ending their lives in a variety of different ways such as shooting them in the face, slashing their throats and bludgeoning their heads with a lamp and then stabbing them multiple times – was actually inspired by the AC/DC song ‘Night Prowler’, but this has never been proven. 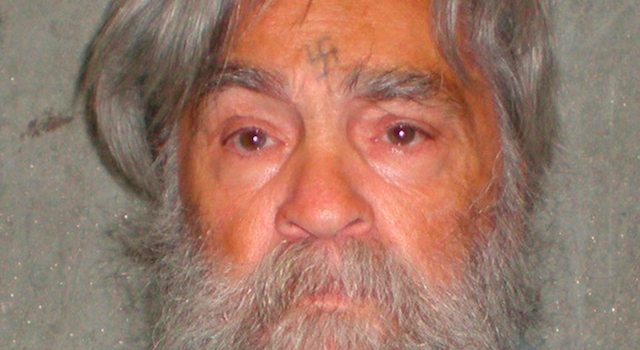 Charles Manson is probably the most famous serial killer on this list, even though he didn’t actually kill anyone himself and just commanded his followers in the weird cult known as The Manson Family to kill for him, which I’m guessing is kind of what the plot of that Kevin Bacon TV show The Following is a bit like. Kinda weird it took someone so long to make that into a TV show or a movie right?

Manson was a musician himself on the fringes of the LA music industry at the time, who knew Dennis Wilson from the Beach Boys as well as The Mamas And The Papas and Neil Young. His favourites were the Beatles though and he liked to play The White Album to The Manson Family, explaining that it was a hidden message intended only for him that an upcoming apocalyptic race war was coming and he was supposed to trigger it. I guess that’s one way of interpreting it, sure. His favourite song was Helter Skelter, and he used this term as his name for the upcoming race war. 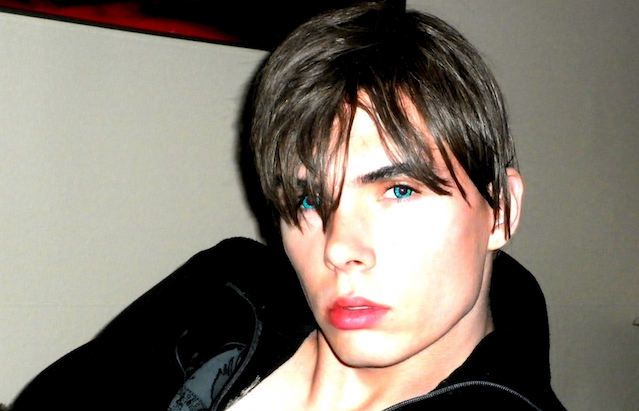 Luka Magnotta isn’t necessarily a serial killer – although it seems like he might be – because he hasn’t yet been tried and convicted but it seems like he definitely committed one of the most sickening crimes of the last few years when he kidnapped some Chinese student in Toronto last year and then made a snuff film in which he killed him, dismembered his body, banged its torso and then sent the body parts to the Canadian government.

After the snuff film found its way onto the internet (I was actually unfortunate enough to see some of it when I was doing some ‘research’ and it is not pretty and I don’t recommend anyone look for it and/or watch it ever) Luka became the subject of an international manhunt and went on the run all over the world, eventually being picked up in Berlin in a cyber cafe where he was Googling himself. Rookie error pal.

Whilst on the run, Magnotta made several videos of himself smoking cigarettes and addressing his ‘fans’ and generally being a weirdo, all of which were uploaded to the internet. In one he was listening to Madonna’s ‘La Isla Bonita’ in the background which really set the mood and made the whole tape way creepier. Kinda like a David Lynch movie. 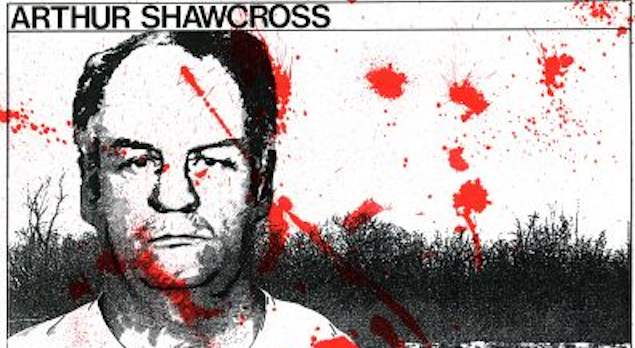 Save the best until last. I hadn’t actually heard of Arthur Shawcross until I started writing this but his crimes are right up there the worst on this list. He raped and killed a couple of kids in Rochester, New York in 1978, went to jail for a bit and was then paroled in 1987. Shawcross started killing again in 1988 and racked up 11 murders before his eventual capture again in 1988. He mainly focussed on prostitutes and would often mutilate their bodies after he had killed them in fairly disgusting ways I don’t really want to mention here. Again, he sounds like a real piece of work.

So it’s probably no surprise that one of the sickest serial killers mentioned here likes one of the sickest (as in actually sick, not as in good)  musicians in history either. If you don’t know who G.G. Allin is then you’re probably doing yourself a favour to be honest. He played snotty punk rock for the most part of his career with extremely politically incorrect lyrics that covered topics like bestiality and pedophilia. Allin was most notorious for his live performances though which would feature him attacking audience members, self mutilating himself and shitting all over himself. He was really messed up.

It seems like Shawcross and Allin were a match made in heaven. Here’s a song called Die When You Die, it’s well worth YouTubing some of his live performances though because they’ll be like nothing you’ve ever seen before.