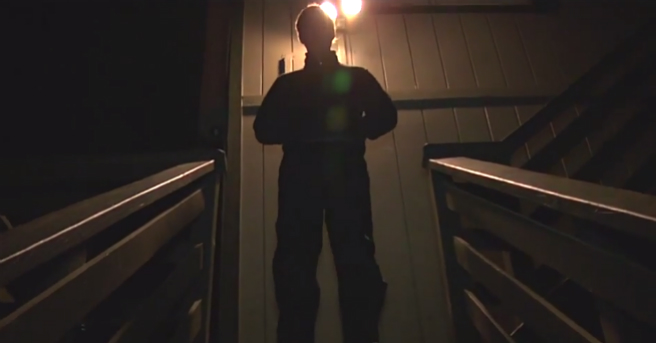 Unless you’re a bonafide horror movie buff then you might have missed one of the creepiest films of the decade appropriately entitled ‘Creep’ as it didn’t receive a cinema release over here and went straight to Netflix.

Nevertheless, the movie really does live up to its title and even if you don’t believe me, it’s got a 96% rating on Rotten Tomatoes which should speak for itself really. The movie tells the story of a videographer named Aaron who is hired by a guy named Josef to leave his unborn son a series of messages before he passes away due to cancer.

Of course, the truth is far more sinister. You can check out the trailer below, but I’m gonna have to go into spoiler territory after that so if you don’t want to see any of those, then don’t read any further:

Good movie right? It seemed unlikely at the time that it would go on to spawn a sequel, but we probably shouldn’t be surprised that a sequel is emerging given Blumhouse were behind it and all they seem to do is make franchises out of adequate movies (see: The Purge, Sinister, Insidious).

It looks like it pretty much picks up where the last one left off – Josef is now going by the name of Aaron, and attracts the attention of documentarian Sara when he admits to being a serial killer and she heads off to the woods to interview him. Like that is going to go well:

Yeah, I bet I know where this is going (especially if there’s going to be a ‘Creep 3)’ but I’m pretty sure the journey is going to be as inventive and original as the first movie. It’s going to be streaming from October 20th so just in time for Halloween too. Awesome.

Hear who else is coming back for Halloween this year as well? Click here to find out – you won’t be disappointed.