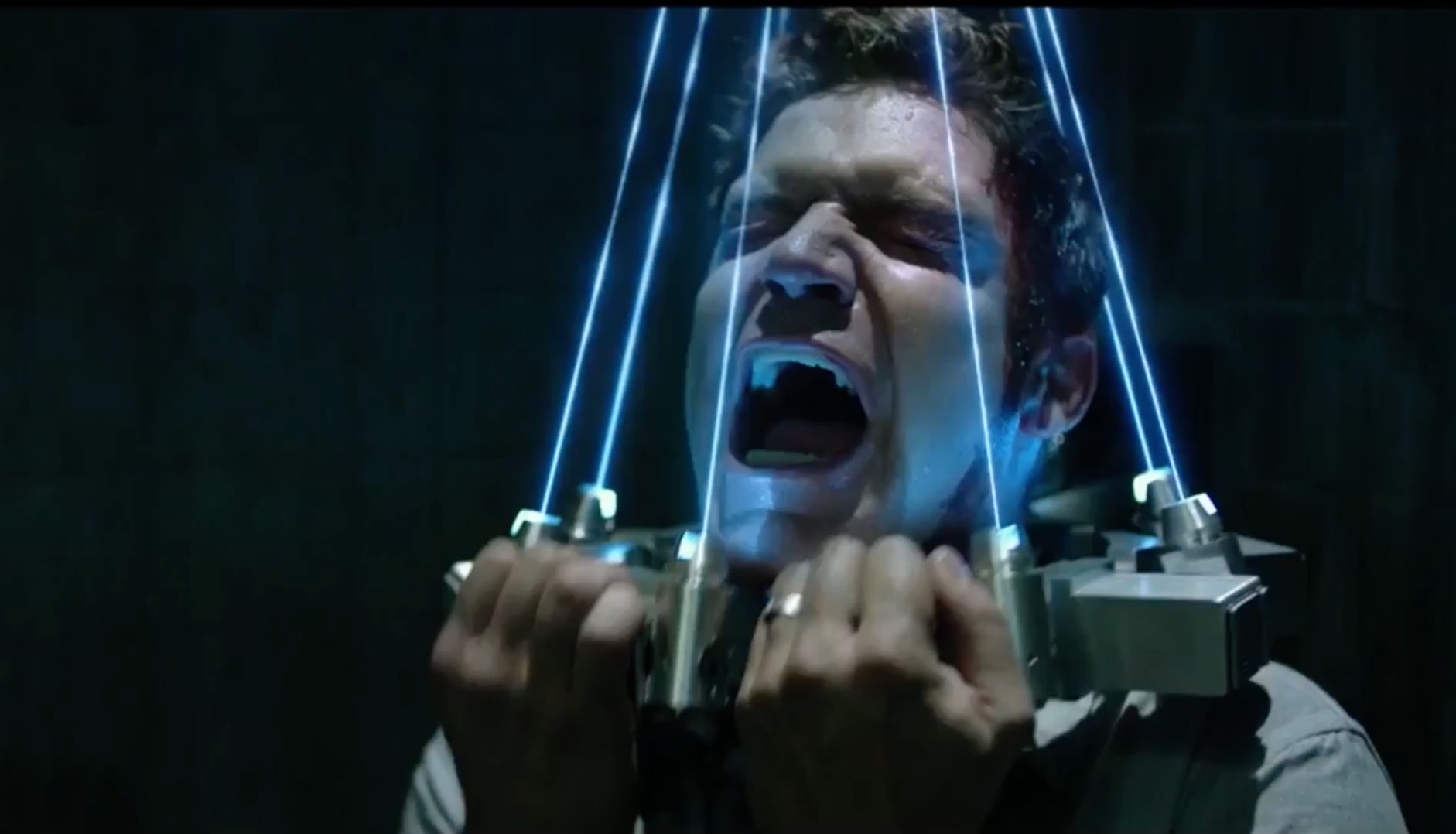 Play by the rules.

It’s been ten years since the final Saw movie – handily titled ‘Saw: The Final Chapter’ – but low budget franchises like that that make a killer amount of money are never going to stay gone for too long, so it was inevitable that the series would be rebooted eventually.

That time is now and ‘Jigsaw’ is set to drop this year on October 27th, just in time for Halloween. We’ve known about its existence for a while now, but we finally got a trailer for it late last night. It turns out that there’s a copycat Jigsaw killer ten years after his apparent death and a bunch of devious and brutal new games that people are being forced to play in order to make them appreciate their lives.

OK, so that probably could have been a trailer to any movie in the franchise’s history as it didn’t exactly expand or improve on the formula – aside possibly from being a vague whodunnit with this new Jigsaw killer involved – but that isn’t necessarily a bad thing, is it?

Sure, the movies got progressively worse as we went along, but let’s hope that because this is a ‘reboot’ they’ve manage to pull it out of the bag. Not massively confident to be honest, but pretty sure I’m gonna end up seeing it anyway so I guess they’ve already won. So it goes.

For more horror movies, check out the trailer for ‘It Comes At Night’. Guaranteed to be a good one.