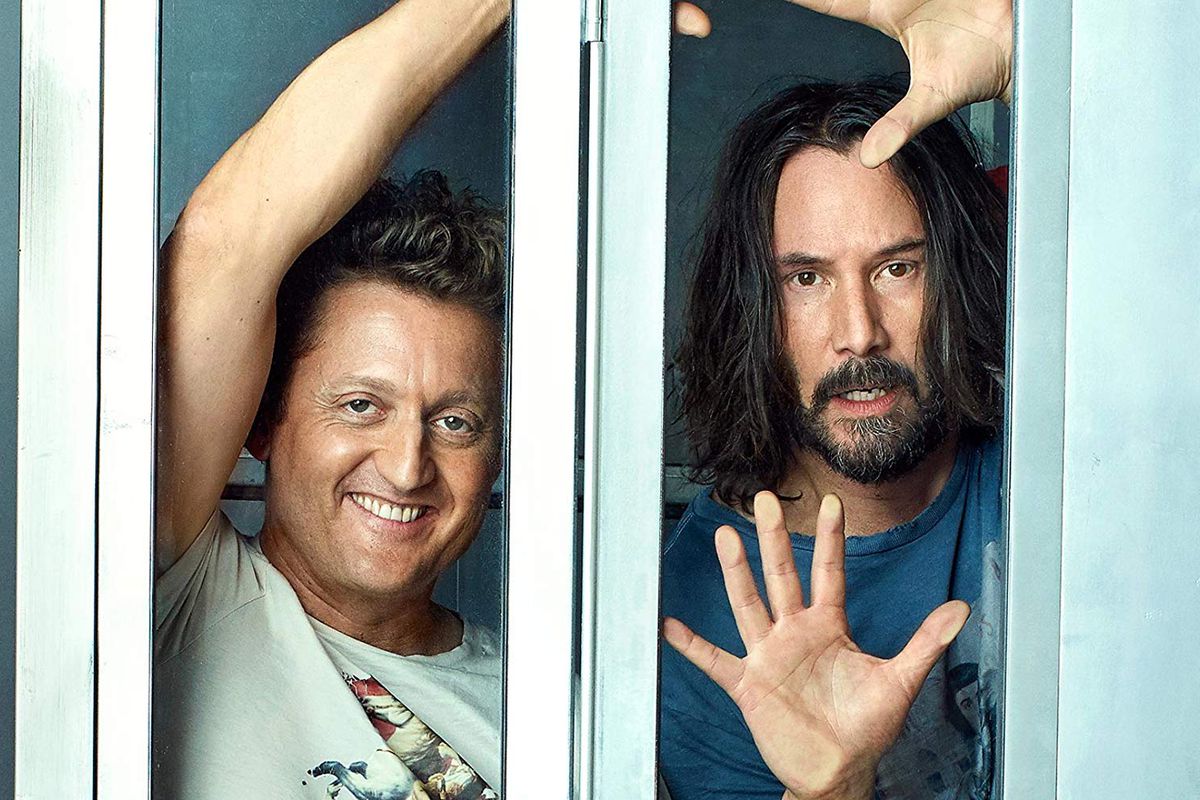 After waiting almost thirty years for a third instalment in the ‘Bill And Ted’ franchise, it’s almost bordering on unbelievable that it’s actually coming out in a couple of months, but the trailers are here and it looks like it’s finally happening.

The second trailer just dropped today an features the two titular characters settling into middle aged fatherhood, yet still trying to fulfil their destinies and write the song that will bring the world together. Take a look at it below, and read the official plot synopsis underneath that too:

They are still trying to crank out a hit song and fulfil their destiny.

Soon they are warned by a visitor from the future of the need for them to create a song that will save all life and the universe.

The pair work with their families, old friends, and famous musicians to complete this task.

I mean that looks really stupid, but at least it’ll be in keeping with the first two movies I guess. It’s scheduled to be released in cinemas and OnDemand on September 1st in the US, but there’s no release date for the UK just yet. Imagine it will be pretty much exactly the same day though. Looking forward to it.

For more of the same, here’s a plot rundown of the third movie in the Bill and Ted franchise. A few details you don’t get from the trailer.