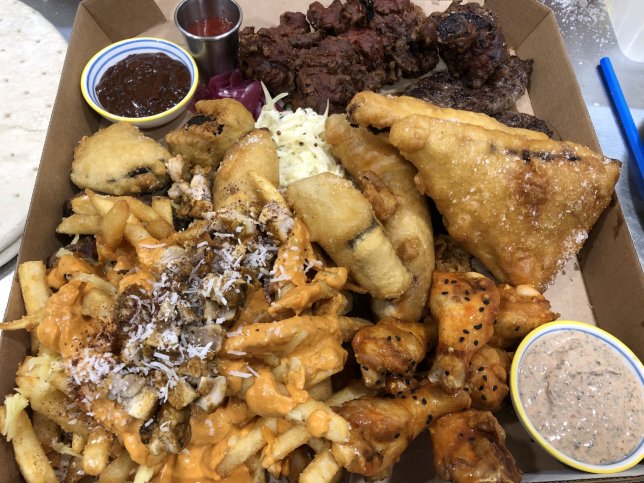 I still can’t really get my head around the Scottish phenomenon of Munchie Boxes because I just don’t think I have enough friends to scoff all of that food, and the idea of buying one and only eating food from it for the next week or so makes me physically feel sick.

Nevertheless it remains a staple of Scottish fast food, so much so that a chef named Chris Orr is determined to bring it over to Australia by introducing a 4761 calorie box at his restaurant in Melbourne, Australia ‘The Wee Man’s Kitchen’. The box features deep-fried pizza, veggie pakora, chips and curry sauce, chicken tikka, two chip shop style sausages, two seekh kebabs, eight hot wings, cheddar coleslaw, plus pink sauce and brown sauce.

To be honest I’m surprised there isn’t more in there considering it costs £28 – where are the burgers? Or the deep fried ribs? – but I guess maybe suppliers and prices in Australia make that a bit more difficult. Anyway, here’s what Chris had to say about his dastardly concoction: 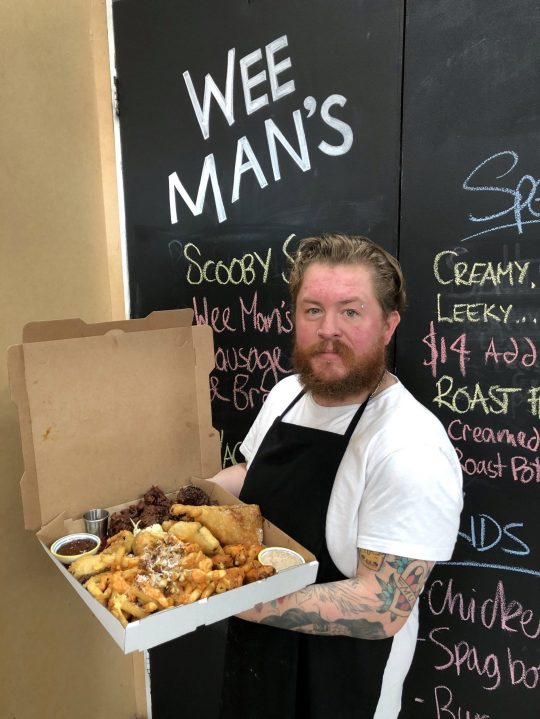 I opened up a restaurant called Wee Man’s Kitchen in 2017 in a pub that makes its own beer.

I was thinking about an avenue of what food goes with beer.

There’s quite a lot of fast food here but it’s more Chinese, Indian and Thai – not so much deep fried.

Chip shop food and kebabs all work well and the munchie box seemed to appeal to groups of people drinking.

At the same time I was making all the deep fried foods like haggis and pakora.

I was quite scared at first because Melbourne’s quite a healthy place but it’s been very popular with families and some people come in once a week for one.

It’s a fair bit of food and is definitely over 4,000 calories.

I mean it sounds like he’s doing pretty well and it probably does work at the end of the night when a bunch of people want to scram down on as much grease as possible. Looks like Chris completely smashed it – only question is if you’re gonna be man enough to eat it.

For more of the same, check out this 7000 calorie takeaway box. That’s more like it.