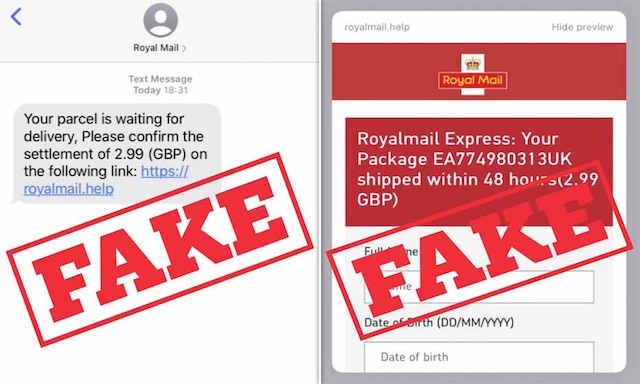 Internet and text message scammers have to be some of the absolute worst people out there, targeting vulnerable people and then proceeding to empty their accounts of their hard earned cash, so it’s with a mixture of sadness and as a warning that we bring you news of the latest one.

The following story from Twitter user Emmeline Hartley went viral yesterday after she fell for the scam and ended up transferring her entire life savings over to the scammers. She goes into great detail below about what happened, but what made the whole story way worse for me was the fact that she literally told the guy on the other end of the phone how grateful she was that he had managed to save her money from the scammers – he was posing as her bank at this time – and the guy still went through with it and took everything that she owned. That tells you that we’re dealing with proper bastards here.

Anyway, take a read of it below and make sure you take it all in as you don’t want to be fooling for this trick either:

I mentioned yesterday that I’d been scammed out of every penny I had. Thought I’d post what happened in case it helps anyone avoid being in the same position. Please save the lectures, I don’t think it’s possible for me to feel any stupider 🤦🏻‍♀️ #royalmailscam #safeaccountscam pic.twitter.com/YRrh8W6uje 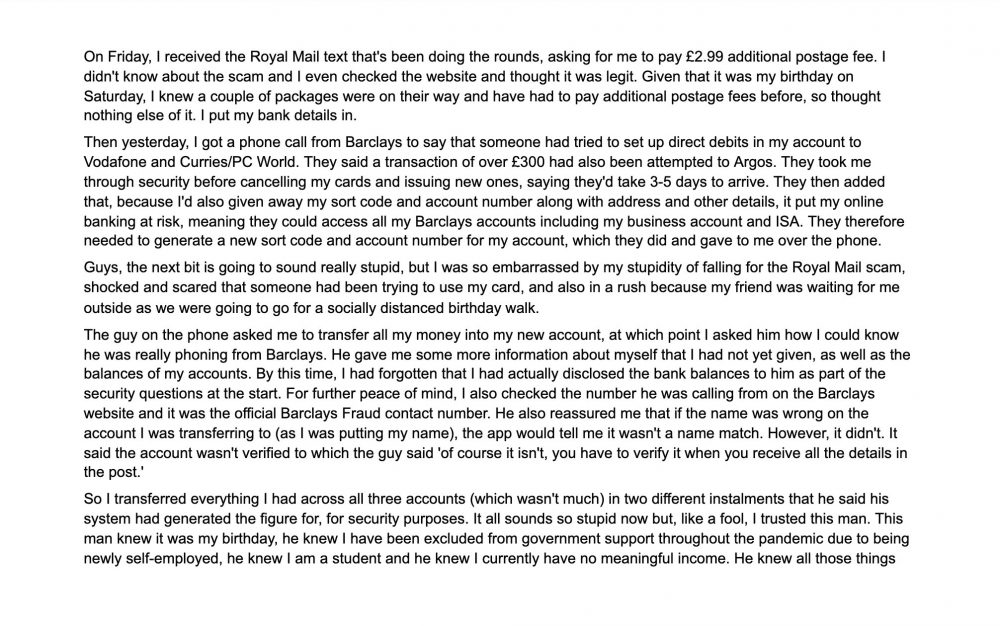 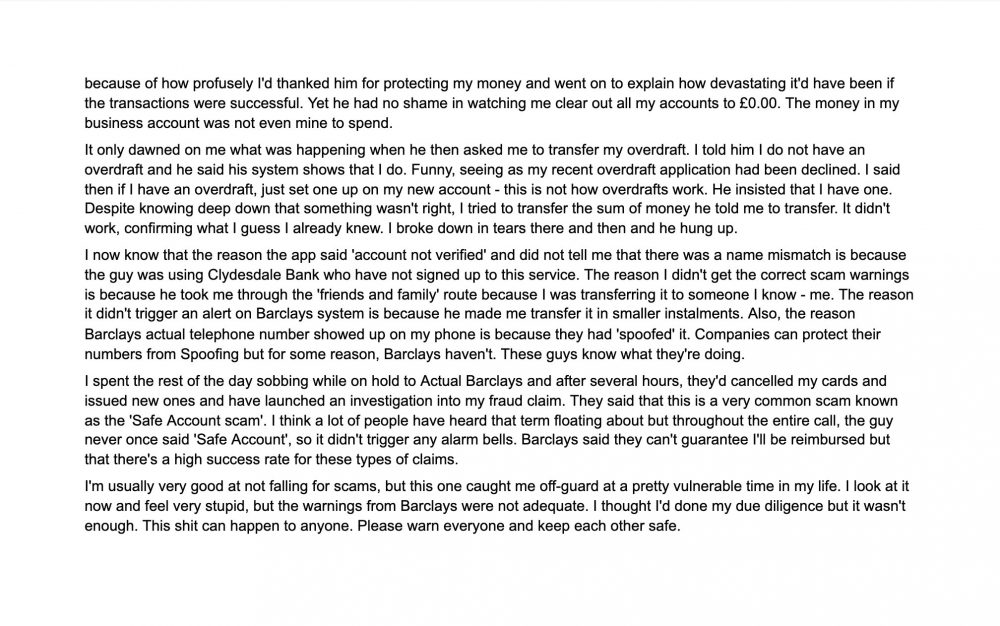 Had the royal mail text twice this past 2 weeks, main thing that tipped me off was:
The URL of the link the sent is not the official royal mail website

Please keep a clear head and always check the domain of the site you’re on#royalmailscam https://t.co/Jn36ITvkHl

Just had another of these #RoyalMailScam texts myself. This is a horrifying account of where it can lead. https://t.co/xbOWyfTpAu

Yeah, I can’t actually believe that there are people out there who are so heartless that they literally take advantage of people all day every day via this method, but I guess that’s just slightly naive of me isn’t it? Hope these assholes get caught and shut down but I just don’t know how anyone would even go about catching them to be honest. Just don’t fool for it and hopefully they’ll die out I guess. Not that optimistic though.

For more of the same, check out this student who tricked an internet scammer into giving him money. Well played.