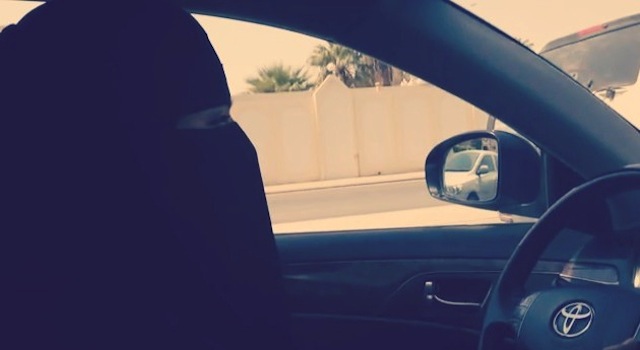 This Saudi writer and activist risked a beating by protesting her country’s driving ban on females by actually getting in a car and driving around its streets.

Writer and activist Eman Al Nafjan is shown here risking a beat down and worse by protesting her country’s ban on female drivers by driving through its streets.

It turns out that aside from the odd laugh, no one seemed to care, not even the police.

She also said that her ovaries felt fine, in response to cleric Sheikh Saleh vin Saad al-Lohaidan claiming that women who drive risk damaging their ovaries and bearing children with clinical problems.

Saudi women are getting ready for a massive protest against the ban on female drivers on October 26th.