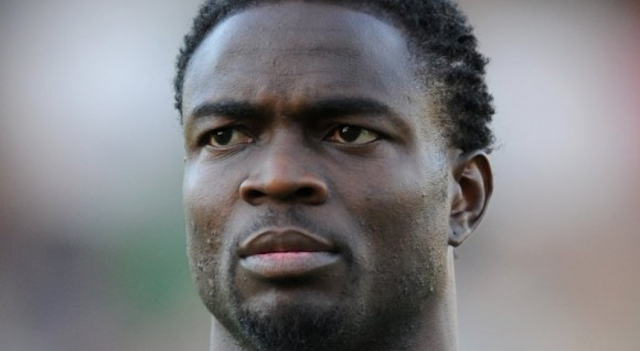 An undercover reporter for The Sun has filmed a former Premier League player admitting that he has fixed matches in the past and has the means to do it again.

If you’ve been on the Internet today then you’ve probably heard that footballer DJ Campbell has been arrested along with six other people over charges of match fixing. There isn’t THAT much information about that but this video seems to have flown under the radar when it’s a lot more incriminating.

The Sun (amazingly) actually did some important journalism as one of their reporters went undercover to talk to Sam Sodje – a Nigerian player who has played in the Premiership for Reading – and posed as a middleman working for several betting syndicates in the Middle East. Sam Sodje buys it hook line and sinker and doesn’t seem to have any idea that he’s being filmed as part of the sting.

In the video, Sodje brags that he can ‘arrange’ it so that players get themselves booked or sent off in a match, for a huge fee. He says that a yellow card costs £30, 000 and a red is more like £50,000. Sodje himself has actually been sent off in one of these incidents, where he repeatedly punches Oldham’s Jose Baxter in the balls whilst playing for Portsmouth earlier this year, for which he received £70,000. It’s even funnier when you see the video below because he does it twice to make sure that the referees spot it. Surely someone must have suspected something at the time? Sodje bragged that even after the 10 grand fine he received for the red card he was still £60,000 up after the incident.

The video below is of Sodje actually talking to the undercover reporter where he says that he can get any game in the Championship ‘fixed’ in this manner and even do it in the Premiership too, only for a much higher price as the players receive massive fines for offences in the top division. He also claims that he’s planning on doing the same thing during the World Cup. He justifies his actions by claiming that he’s trying to prepare for a life after football, although if he probably hadn’t been an idiot and pissed away all his wages when he was a footballer he wouldn’t be having such problems.

In case you’re confused about how getting yellow cards can actually help gamblers, it turns out that with the rise of in play betting over the past few years, it’s very easy to make a lot of money on stuff like that. Most of the action takes place in Asia because gambling over there is a lot less regulated than it is over here. It’s also thought that illegal gambling syndicates are worth around £320 billion worldwide and it’s hoped that this video and the arrests made today will hopefully lead to some action being taken on this and stamping this kind of crap out for good, although it’s unlikely that it will ever be completely eradicated as there’s so much money involved.