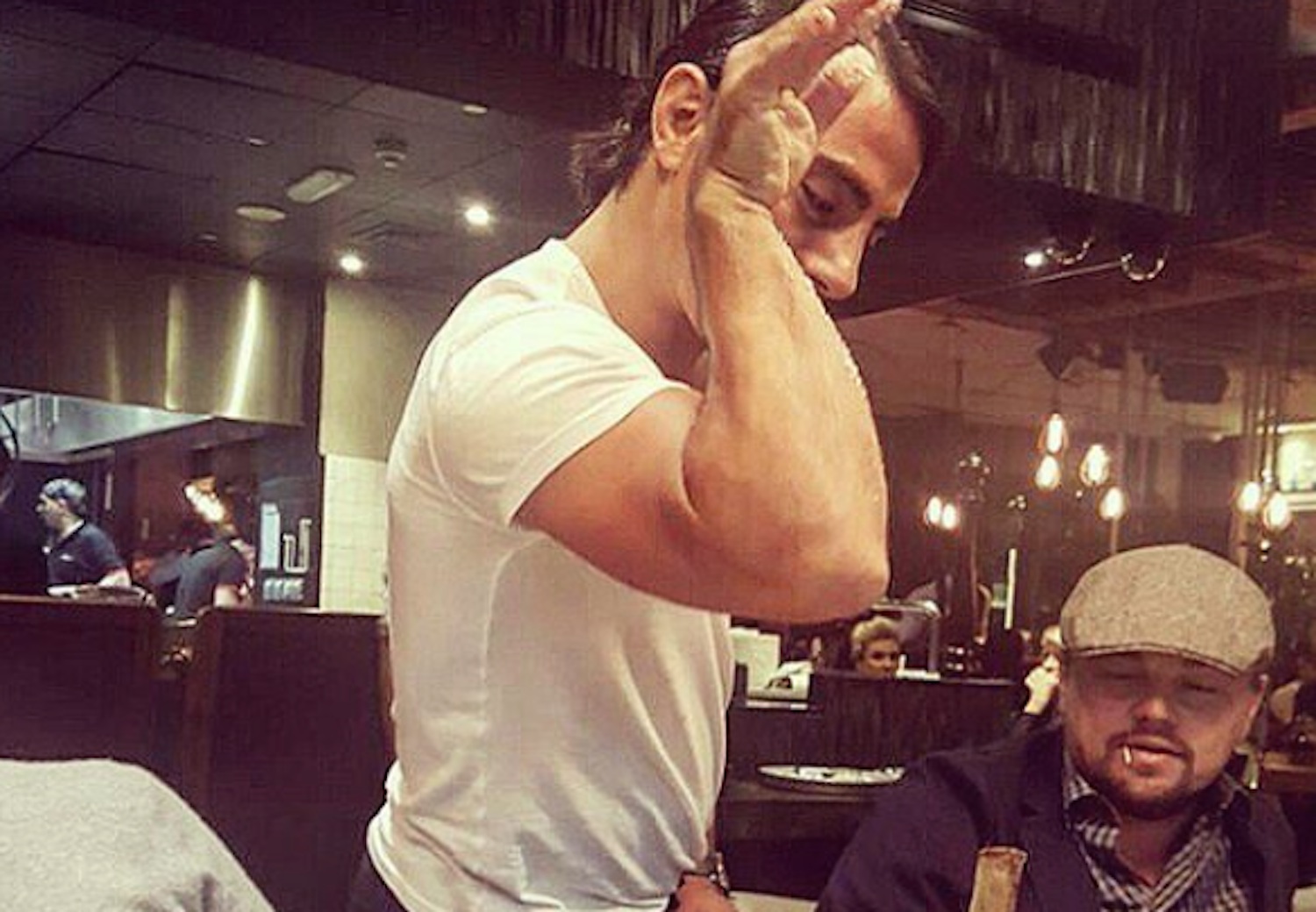 The internet is going to explode over this one.

Turkish chef Saltbae has exploded onto the internet over the last couple of weeks due to his unique way of seasoning meat. You can get famous doing anything these days eh?

Such is his fame now that he’s preparing steaks for arguably one of the biggest celebrities in the world, Leonardo DiCaprio. Get a load of this:

I got one question about this though – Leonardo DiCaprio is a fairly staunch vegetarian so what the heck is SaltBae actually salting in that post? Falafel? Or maybe they just simulated it for the likes – can’t say I blame them to be honest. Or maybe that’s why Leo is looking so unimpressed in the photo, because he hates meat so much and doesn’t care about Saltbae’s little trick. Could literally be anything.

For more Saltbae, find out where he’s opening up a restaurant soon. Could be closer than you think.