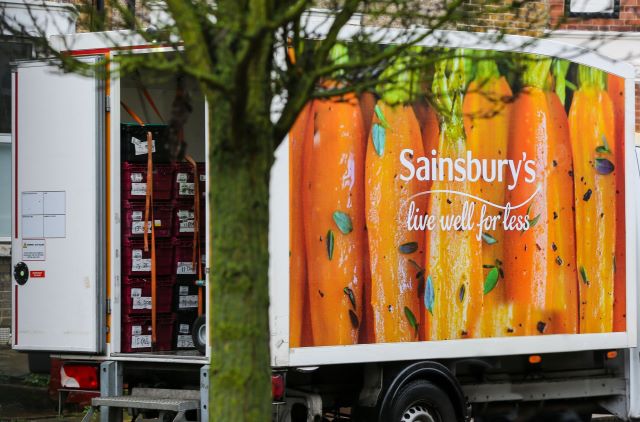 One of the perks of being a Sainsbury’s delivery driver is that you might sometimes deliver shopping to a girl you find attractive. And then… that’s it. You give her the shopping and then possibly fantasise about a scenario where she invited you in, as you head back to work to deliver more crates of food.

One driver operating in South London couldn’t contain himself however, and after dropping off a young lady’s shopping at 8pm, returned to her home later that night to ‘check her out’.

The woman, who is in her 20s and wants to remain anonymous, told the Metro how the driver returned 2 hours later with another crate and told her:

I forgot a couple of things, but the real reason I came back was to check you out again.

The woman says she’s been left so scared that she’s now installed security cameras around her flat:

When he was initially at my house I had to keep coming out to pick up the food and I thought he was sort of leering towards me, or inappropriately staring. But there was nothing I could really say so I brushed it under the carpet.

Then when he came back, I think I laughed in reaction because it was so insane. I was horrified. I’m a young woman, living on my own, in a ground floor flat, in quite a busy area. I felt pretty grossed out by it.

I spoke to my friends and they said I should report it, because ultimately if he is going to do that to other women, who are potentially vulnerable, then that’s actually quite dangerous. 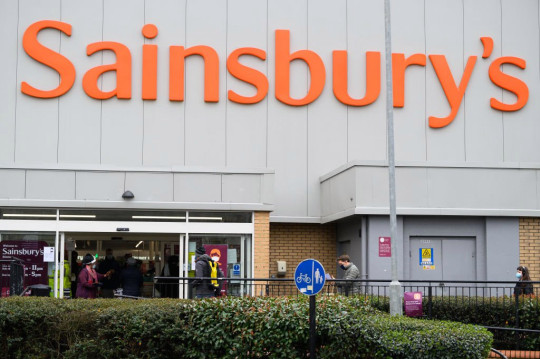 It was my local Sainsbury’s, so presumably the man lives in this area. It makes me feel unsafe because I now don’t know if he’s going to come back and continue to do that.

The woman complained to Sainsbury’s and was offered an apology for the ‘inconvenience’ and assured delivery drivers ‘don’t usually do that’. Which is true, but probably didn’t make her feel too much better about the whole thing.

This has also been amplified by the fact I have to be at my house all the time. I’m working here and staying here every night.

It’s made me really think about my safety. I’m locking my bedroom door at night, and I’ve bought some security cameras so I can make sure I’m aware of what’s going on outside.

I spoke to someone from Sainsbury’s on the phone but they didn’t say much. I’m very keen to hear about the training delivery drivers undertake regarding their behaviour with customers.

I want to know the outcome of the investigation, how they’re dealing with this. How do I know this man isn’t going to appear at my door in the future? I want them to reassure me this won’t happen again.

A spokesperson for Sainsbury’s confirmed an inquiry had been opened:

We take allegations of this nature extremely seriously. We are in contact with the customer and are urgently investigating.

What I’m wondering is whether this delivery driver deliberately withheld a crate of shopping on the first visit to have an excuse to visit this girl again? That would be pretty worrying. Especially as he has her name and address, and knows she lives alone.

Chances are he’s just some harmless weirdo trying his luck, but obviously there’s no excuse for it given the fact he’s on the job and just came off as a total creep anyway. Was kitting out her home with security cameras a bit of an overreaction? Well, better safe than sorry. Let’s hope Sainsbury’s deal with this in a way that ensures this women’s safety and gives the delivery driver a clue as to how to behave around clients in future.

For the Yodel delivery driver who saved a customer’s number and sent her a flirty text, click HERE. How do you think that went?