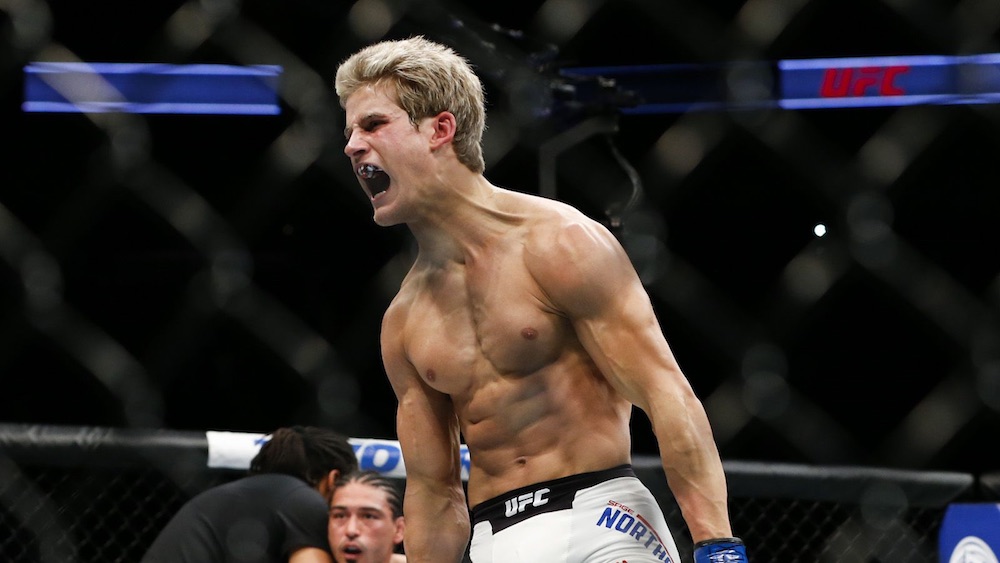 This guy is killing it.

We’ve featured Sage Northcutt before after Dana White said he was a wannabe but then saw him fight and was forced to eat his words, and now the super popular 19 year old is all set for his second UFC fight at UFC 194 at the weekend.

Northcutt is set to step into the ring with 17 fight veteran Cody Pfister in what incredibly will only be his seventh MMA fight overall. He’s managed to finish off all his opponents – usually within the first round – so it’ll be interesting to se how he fares on the weekend against a veteran like Pfister.

Judging by his highlight reel below though, he certainly knows what he’s doing.

Let’s see if he can bring it on Saturday, and it’s just another reason why you would be a fool to miss UFC 194. In case you’ve forgotten, the biggest fight of the year is happening as the main event – Conor McGregor V Jose Aldo.