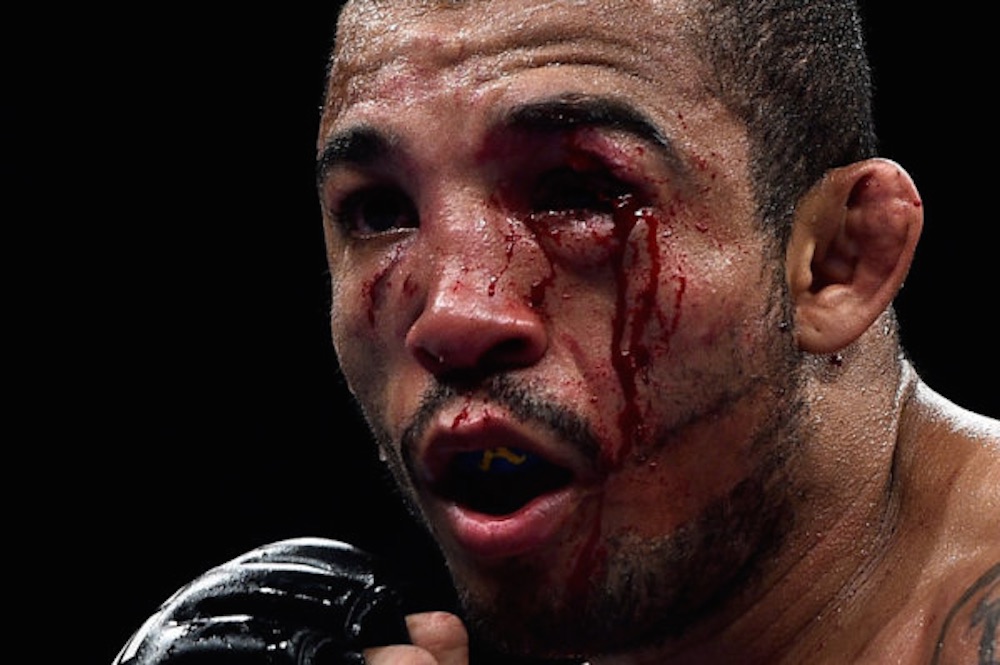 Is Conor McGregor really going to be able to overcome this next Saturday?

Jose Aldo and Conor McGregor are set to step into the octagon next Saturday for one of the most hotly anticipated fights in UFC history.

In the buildup Conor McGregor has established himself as the cocky underdog by constantly insulting Aldo, but does he have what it takes to take out the champion, who hasn’t actually been defeated in ten years? On the basis of the compilation below, I’m not so sure.

Wow. That guy is tough – my favourite part was probably when he kneed that guy in the face and KOed him after they had just touched gloves. Devastating.

Will Conor McGregor be able to handle those high kicks and knees to face next Saturday or will he flop as hard as Ronda Rousey did a couple of weeks ago? We’ll just have to tune in and see, but I think everyone knows it’s going to be one of the most talked about fights in years.