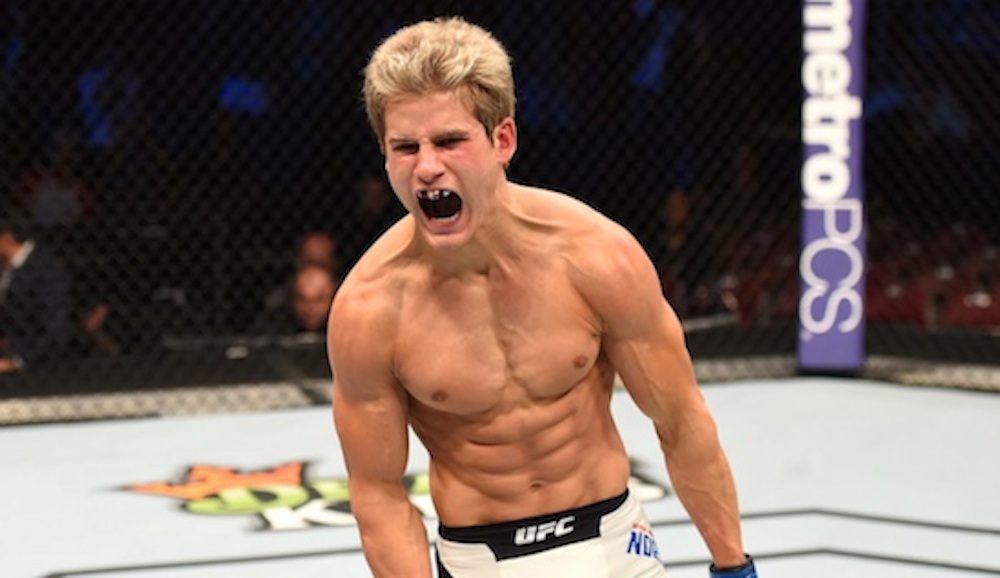 This guy is an absolute MACHINE!

There has been a bit of hype around the 19 year old karate kid Sage Northcutt recently, probably mostly because UFC president Dana White initially dismised him as a wannabe when he first met him, but having seen him in action offered him a fight at the UFC 192 Preliminaries.

And boy did Nortcutt take the ball and run with it, managing to knock out his opponent Francisco Trevino in a blistering 57 seconds. Nortcutt was the third youngest UFC debutant in history and didn’t take long to make his mark, ruthlessly tracking Trevino and putting him to the ground fairly quickly and not letting up with punches and elbows at all.

Here’s what he had to say following the fight:

I think it was a plan. He slipped and I took advantage of it, I took him down and finished with elbows.

I want to fight again as soon as I possibly can. I know there’s a card in Australia and South Korea – either of those would be great. I can’t wait for the next one.

Although there was some controversy over the result of the fight as Trevino claimed that he was still in control and it shouldn’t have been stopped, but he does get his absolute ass handed to them with some relentless punches and takedowns so I don’t think his argument really stands up that highly. Besides, as Northcutt says the referee is a pro and knows what he’s doing, so surely that counts for something right?

Sure, it’s not quite Ronda Rousey winning a world title match in 32 seconds, but maybe this kid will be the next big thing in UFC and get some victories like that in the future? Remember the name.