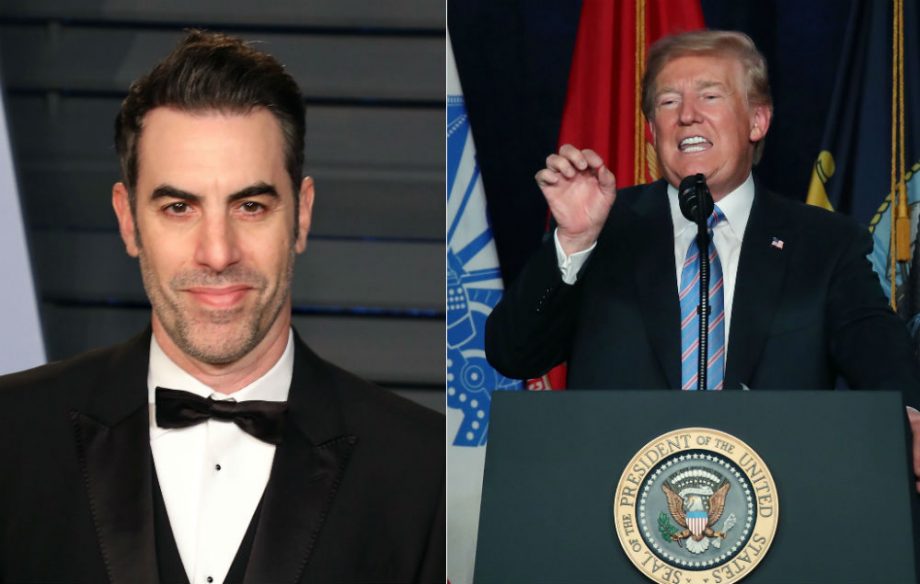 Donald Trump is every humourist and documentary maker’s favourite subject at the moment and it’s no surprise that Sacha Baron Cohen seems to have targeted the current United States President for his next project.

The two have had somewhat of a tempestuous relationship in the past, beginning when Trump walked out of an Ali G interview in 2003 and continuing with various side swipes at each other on both sides for the last 15 years. This is a particularly good one from Trump back in 2012:

Glad to see that Sacha Baron Cohen's new movie is not only a dud but not too good at the box office. He is talentless. @Sacha_B_Cohen

You get the picture – pretty much Trump’s relationship with anyone he disagrees with. Anyway, it seems like Sacha Baron Cohen has decided to make Trump the subject of his next project, which may or may not involved him attending ‘Trump University’ – whatever that is. Here’s the teaser that Cohen posted on Twitter yesterday to celebrate Independence Day:

A message from your President @realDonaldTrump on Independence Day pic.twitter.com/O2PwZqO0cs

Looks interesting right? Of course, it could just be absolutely nothing and just another one of their unending jibes at one another, but it does kind of have the feel of something that’s actually real and happening. And there’s pretty much no doubt in my mind that however Sacha Baron Cohen chooses to tackle the concept of him going to ‘Trump University’ then it  would almost certainly be completely and utterly hilarious. Fingers crossed.

For more of the same, check out his story about how he snuck his Ali G costume into the Oscars. Legend.