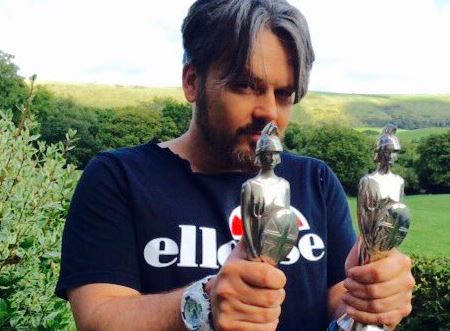 You probably remember that a couple of weeks ago we featured a story about how Paul from S Club 7 had been totally overwhelmed after putting his Brit Award for Best Newcomer up on eBay and selling it for a whopping £66,000 because he ‘had bills to pay’.

Fair play to the lad I though, although it turns out that he’s been royally swindled as the winning bidder has failed to stump up the cash so Paul has been forced to relist it again. The same also goes for the Brit Award he put up for Best Single from 2002.

Looks like the guy just can’t catch a break:

Check out Brit Award for Best Newcomer 2000 S Club 7 – Paul Cattermole – 100% Genuine https://t.co/gRKsedQOwy @eBay – Well I am gutted that the winning bidder was total time waster. He Just wanted to wreck my sale. Grab yourself a bargain! Everyone thinks it’s sold !

When I looked at this yesterday, it looked like things were going even worse for Paul as the top bid was only £17,000 but checking it out again today it’s actually made it up to £61,000 with about 10 hours to go, so it might even surpass the original amount he thought he was going to earn. He’s officially sold the Best Single one too, although it doesn’t say how much for right now.

Let’s hope that he hasn’t been trolled again and actually gets the money this time. Seems like he can’t catch a break with anything. Got my fingers crossed for you buddy.