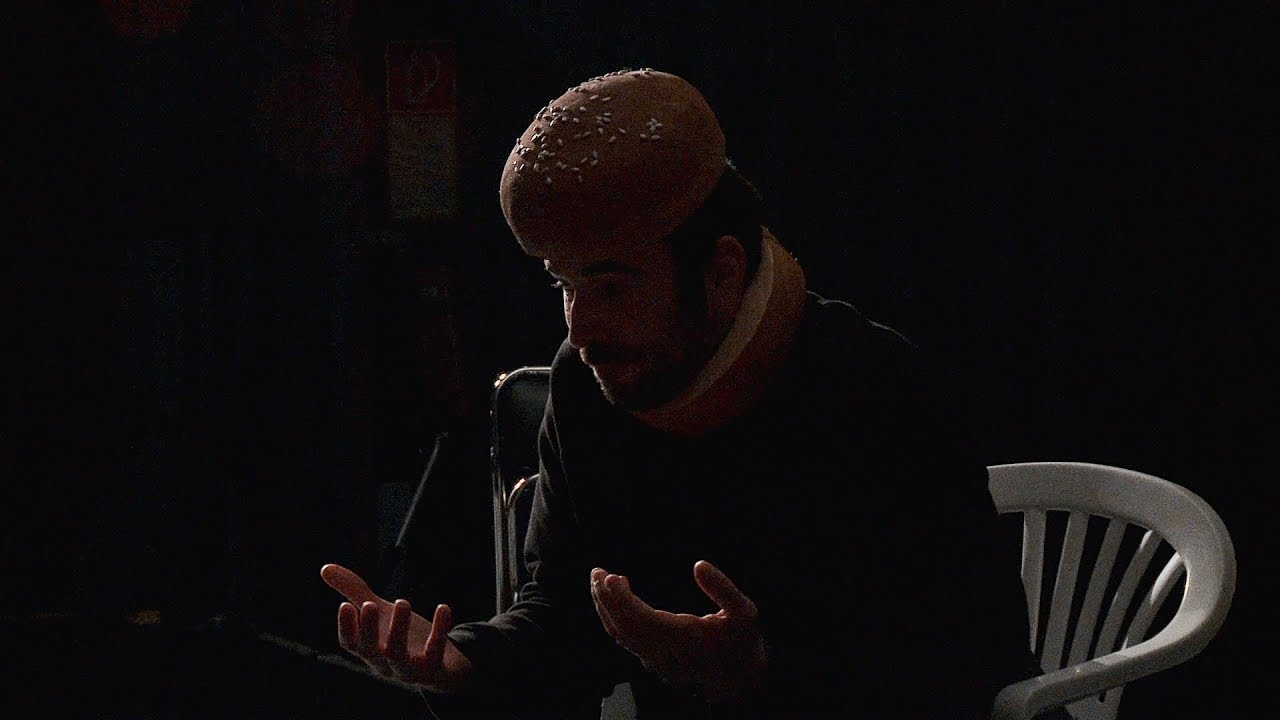 Rustlers aren’t really a brand of burger that I ever really pay much attention to anymore – sure they were kinda OK when I was 17 and didn’t have any money and needed something to eat when I was baked, but these days they don’t really cut it – but they’ve come to my attention once again with one of the most bizarre advertising campaigns I think I’ve ever encountered.

Apparently the microwave burger company has decided to celebrate the 150th anniversary of the hamburger by producing a 72 minute German art house movie about the history and origins of the burger, following a German chef who allegedly invented the burger telling its story to a documentary maker as he lies on his death bed. However his son – who may actually be playing an actual hamburger – disagrees with is narrative, causing all manner of trouble.

At least I think that’s what is supposed to be going on- it’s all very weird. Here’s the trailer and the official blurb from Amazon Prime, where you can buy the movie for £5:

A fading icon on his deathbed reflects on his amazing life story. A German immigrant who set sail for America to find his fortune. How he overcame the odds to become a beloved symbol of Americana.

But his son tells a different story. A tale of hubris, the pitfalls of celebrity and the ugliness of fame. How an absent father favoured legacy over his only child.

This is the story of the Hamburger.

I mean I guess they’ve kinda got the vibe of an arthouse movie down with the trailer but it seems really weird that they would spend so long making a full length movie – even about something as stupid as this – when all they really seem to be doing is taking the psiss out of arthouse movies with this?

Maybe they think it’s really funny, but even though I’m no great fan of art house movies I don’t really think this is even slightly funny? It’s just really strange that they would spend so long doing something so quite frankly bizarre, but I suppose that’s Rustlers for you these days? Really not sure what to make of this.

For more of the same, check out the world’s most expensive burger. Bit better than Rustlers.