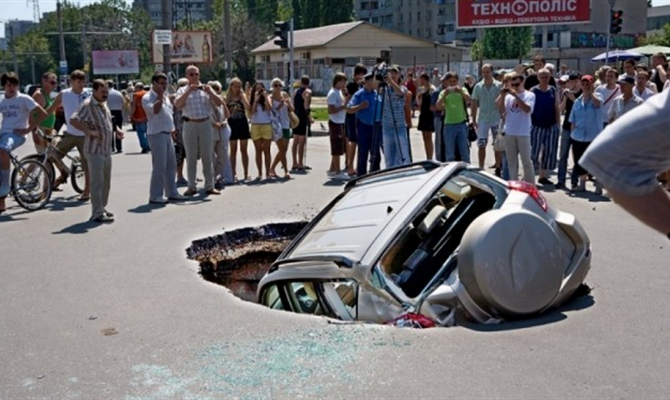 Recently we posted footage of a Chinese chap being eaten by a sinkhole. Here’s loads of cars in the Russian town of Samara being consumed in the same way.

Just the other day our Sick Chirpse mega hero, Timw_brap, wrote an article about a sinkhole in China swallowing a man whole and in February a man in Tampa Bay was swallowed up, bed and all, in a sinkhole in Florida. Now there’s news of a Russian town called Samara that is literally riddled with the things, sucking down cars and trucks all over the shop. No one seems to know why it’s going on exactly, but the people of the town have started a petition to the local council to get it sorted. Where would you begin though? It’s not like you can dig up the whole town, fill in the holes and then re-pave it? I wonder if this sinkhole thing is going to catch on? Maybe the hollow earth theorists were right after all.

â˜› Watch Next: Amazing Footage Of A Sinkhole In China Swallowing An Unlucky Passerby

The pictures are pretty nuts, but I’ll start you off with a video of a cabby accidentally falling in a massive puddle in a sinkhole, because it made me chuckle good:

Sinkholes are normally created when limestone under the surface is burned away by acidic water, basically rain water seeps down, absorbs CO2 and reacts with rotting plant material which turns it acidic. And once the rock has disappeared you’re left with asphalt floating on nothing. Mix that with some heavy rain or a sudden thaw and you’ve got a recipe for a massive sinkhole. There’s just so many of these pictures, Samara’s foundations must be like swiss cheese that’s been partially eaten by maggots.

â˜› Look At This Next: Awesome Photos From Russia With Love #6 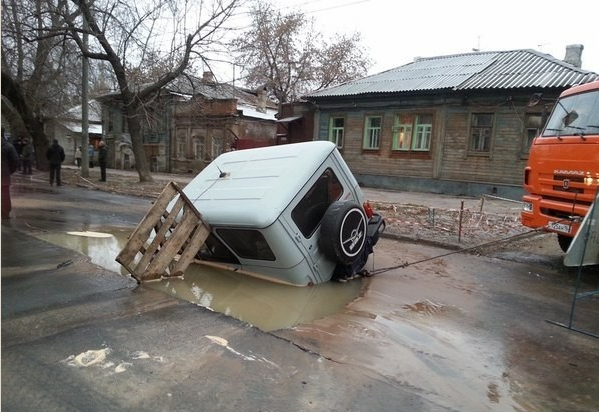 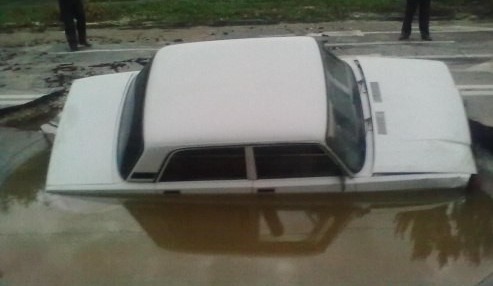 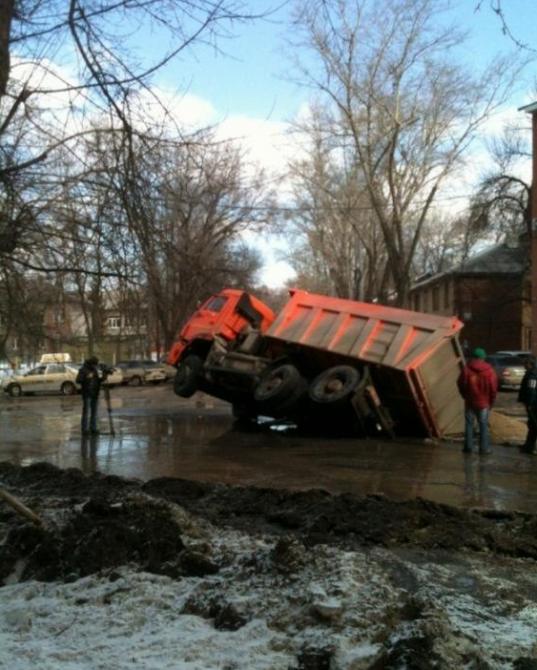