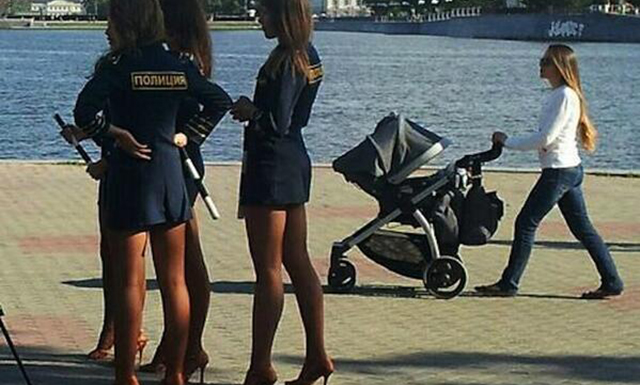 The Russian Interior Ministry has banned policewomen from wearing short skirts because they look just too damn good wearing them.

The Russian Interior Ministry has banned policewomen from wearing short skirts because they look just too damn good wearing them.

When you meet people, the first thing you see is their clothing, and for a police officer fulfilling his duties, it is crucial to have a tidy and neat appearance. From time to time, we have seen instances of officers improperly wearing their uniforms. … Heads [of departments] must pay more attention to the appearance of their subordinates.

Russian policewomen in short skirts and high heels just casually going about their business on patrol. I thought it can’t be legit, but then it made the Moscow Times so it could be, right?

Either way, name one criminal that wouldn’t love to be handcuffed and frisked by this crew. The crime rate probably goes up any time these girls hit the streets. Loving the idea Russia, but it’s just not pragmatic from a crime-fighting point of view.

Russian girls, they’re in a league of their own.