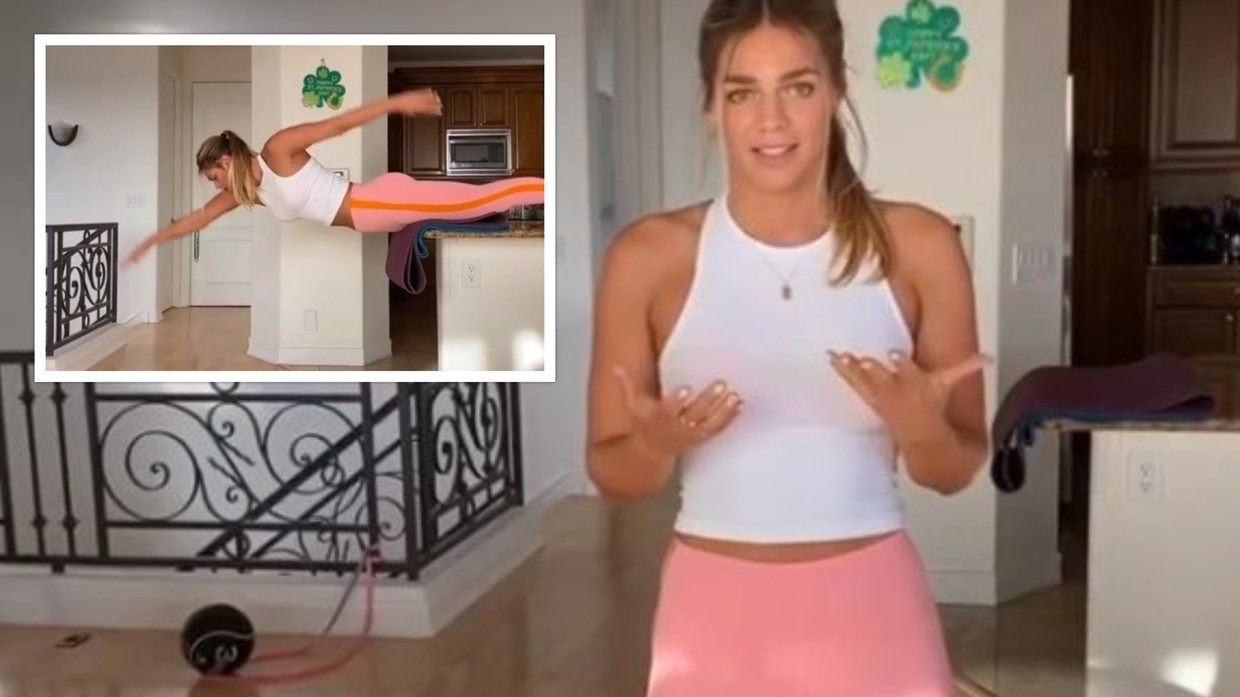 Do this every day until lockdown is over and you’ll be shredded.

There’s no shortage of home workout videos coming out of quarantine, with most people forced to get creative and/or rely on calisthenics in order to keep fit during lockdown.

By far the most insane workout video I’ve come across so far is this one from Russian Olympic swimmer Yulia Efimova. With gyms and swimming pools closed for the time being, she’s gotta get those swim-style workouts in somehow. Well as we all know – where there’s a will, there’s a way:

I honestly think my abs would crumble to dust if I even attempted that first move over the kitchen counter. Or at the very least I’d fall flat on my face and break my neck or something. What an absolute beast!

If Yulia looks familiar, that’s because she’s the Russian chick who was banned for 16 months for doping ahead of the 2016 Olympics, then was caught doping again and faced a lifetime ban. She somehow managed to get the ban lifted though and ended up competing – though she ended up crying on the podium after coming in second and only being award a Silver medal. Winner’s mentality right there, as if you couldn’t already tell from the video.

To watch a man do 5,000 burpees in 12 hours en route to smashing the world record, click HERE.